Russia's telecom and media watchdog Roskomnadzor has blocked all BlackBerry websites, having thus deprived owners of BlackBerry smartphones of the possibility to access their settings and personal accounts. In response to complaints, Russian officials redirect all questions to Canada, where BlackBerry devices are made. 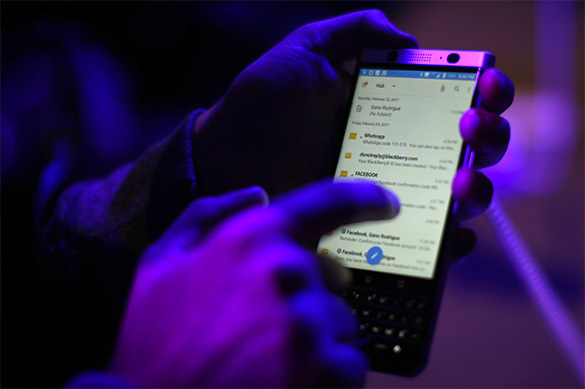 BlackBerry smartphones are known for their security protection and thus enjoy popularity among business people and politicians. The Canadian producer of these devices refused to provide data about its users to the Russian supervisory agency. As a result, the websites associated with BlackBerry have been blocked in Russia. The move has not affected the work of the messenger service, although other services that the company offers to its clients have been restricted. Those who buy a BlackBerry phone in Moscow, for example, are now unable to activate their device or  visit the applications store. In addition, searching for a lost device has become impossible too.

"The position of BlackBerry is absolutely understandable for me," an owner of the legally acquired device wrote. "Why would a company, the reputation of which is based on the sale of most secure smartphones and which does not officially conduct business in Russia, ruin its image all over the world by cooperating with Russian special services?"

However, the matter is not about the number of fans (in Russia, BlackBerry takes one percent of the market). The struggle for openness in the interests of other departments looks like a clear infringement of rights for a responsible user. Interestingly, there were about 60,000 users of BlackBerry phones in Russia before the crisis, whereas their number in the USA used to be 12 million.

Earlier, it was reported that the Russian Ministry for Communications prepared a bill to take the processing of personal data under the control of the state. If the document is accepted, Roskomnadzor will be able to access all systems in the country that collect data from citizens. The agency will thus be able to access Russian citizens' personal data. For the time being, the agency can access only servers but not the information stored on them.