Britain's 'Day Without Coal' - What does this really imply? 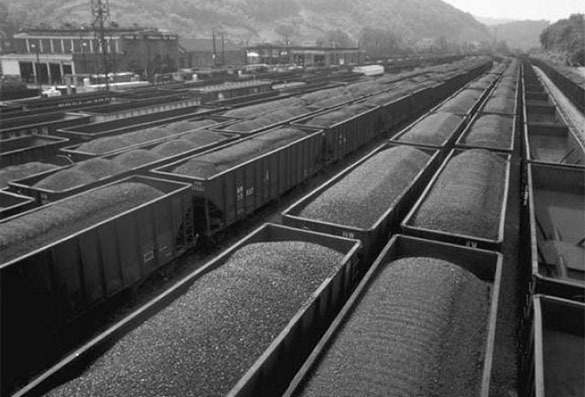 On 21st April, Britain went a whole day without using coal-generated power. This brought great jubilation from newspapers, many of which hailed it as a triumph for environmentalism, and a signifier of real change to come. But can things really be that simple? Others are more cautious, seeing Britain's 'Day Without Coal' as a herald of greater dependence on Russian gas reserves, and an indicator of uncertainty for British power in general. What's really going on, here?

Coal Power In The UK

Britain sits on enormous coal reserves. Indeed, the nation used to be reasonably self-sufficient when it came to power generation - a profitable domestic coal mining industry supporting an equally profitable energy sector. This declined during the 1970s and 1980s, leading to clashes between Margaret Thatcher's Conservative government and coal mining communities over pit closures. It was a bitter time, the wounds of which are still paining Britain today. Since then, the UK has relied upon imported coal and natural gas to power itself - with increasing interest in renewables and nuclear power.

As it stands, Britain is at something of a crossroads so far as energy is concerned. The public are increasingly in favour of renewable energy, and are growing more tenacious in their searches for reasonably priced renewable energy suppliers. The fossil fuel industry, however, remains a powerful lobbying force within the corridors of British power, and the Conservative government has tended to listen to the voices of oil and gas magnates more than it has those of the renewables lobby. Nuclear energy is also something into which Theresa May's government is looking into with interest - but the British nuclear industry is fraught with safety concerns, and bitter wranglings over Brexit makes its future uncertain. In general, the UK is getting far more efficient at generating energy - meaning that it can afford to cut down on fossil fuels. However, it's worth noting that the reason the nation is more energy efficient is in part because heavy, energy-hungry industries have been leaving the country since the 1980s. While Britain is energy efficient, she's also not producing much - which makes her position a little precarious as she strikes out on her own. This is brought into stark contrast when we realise where her energy is actually coming from. Having a 'coal free day' is not the same as having a day powered entirely by domestic renewables. A closer look at the 'coal free day' reveals, for some, deep concerns about Britain's future ability to generate power.

The 'B' word is not far from any discussion about Britain's future. Brexit casts a long shadow over everything, at the moment. Energy is no exception. During Britain's 'day without coal', Britain was instead powering herself through wind, solar, hydro, nuclear, and gas generation. The crucial word here is 'gas'. Gas bought in from elsewhere - largely from Russia - is the lynchpin of Britain's energy industry. Scotland, of course, has natural gas reserves - but these are dwindling, and it does not look as if Scotland will be a part of the UK for much longer, anyway. What this means, essentially, is that Britain is more or less dependent on foreign fuel reserves. Which is not a strong position to be in, particularly if Brexit weakens Britain's own bargaining power (which, at present, seems likely).

But what about renewables? Does Britain have the capacity to be energy self-sufficient? Well, not quite. Not as it stands. While Britain is becoming more energy efficient, it would require a great deal of investment to allow her to generate her own power entirely from renewables. Britain is blessed with plenty of coastline and a windy climate, making hydro and wind power definite contenders for filling up the National Grid. However, hydroelectric plants and wind farms are always besieged with local opposition when planned (though not to the extent that Britain's other potential domestic energy grab - fracking - is). Solar panels can work on a smaller scale, but Britain generally lacks the consistent hours of sunlight needed to generate quite enough power this way. So, without investment and greater public support for renewable energy plants, it seems as though Britain will become increasingly reliant upon Russian natural gas. And, while a 'day without coal' may be something to celebrate in some ways, the UK government are aware of the future issues it indicates.