The gold mine  is located in the town of Silin on Jiaodong Peninsula in Shandong province, in the east of China, Chinese news agencies report. 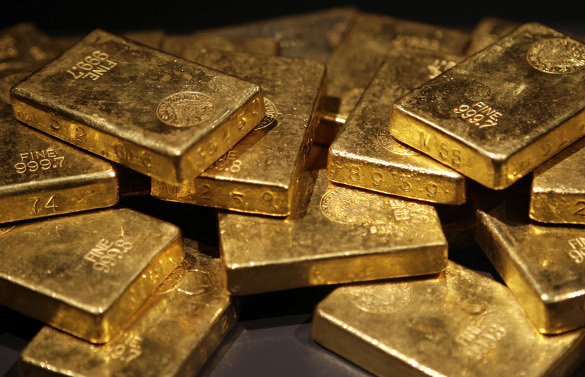 According to preliminary estimates, gold deposits are located on the area of two kilometres at the depth of 67 meters. The volume of gold reserves in the area is about 382.58 tons, but exploration works continue. It is believed that the deposit may contain up to 550 tons of gold.

The gold mine belongs to Shandong Gold Group. According to experts, this is the richest deposit of gold of all that have ever been found in China. The region can thus be considered the main gold mining region of the People's Republic of China.

"China has discovered the largest gold deposit - almost 383 tons. How much is it in global scale? Can the discovery affect world prices on gold?"

"One must understand that this is рфквкщсл gold. There is also placer gold that can be extracted quickly, easily and cheaply. Mining hardrock gold is a complex and costly endeavour that requires considerable investment, as well as equipment and so on. In the short term, it will not have any impact on the gold market at all. The balance of supply and demand will not change.

"In the long term, one must understand how quickly China will develop the deposit and how much gold it will be possible to extract. Chinese companies may often exaggerate to receive more investment. After they receive them, everything is cut back in size. The word demand for gold grows by 1.5-2 percent a year."

"Does China have largest gold reserves?"

"The numbers that the Chinese publish are not trustworthy. One can not say anything for sure at this point. Of course, China is rich with gold, but no one knows how much gold the country has exactly."

"What about Russia's gold reserves? Are there any new deposits or do we use the ones that were discovered a long time ago? Does Russia have placer gold?"

"Russia's best-known gold reserve is known as the "Dry Log." This deposit requires large investment and development, but this is hardrock gold. There's basically hardrock gold left in the world as most of the placer gold that could be extracted has already been extracted."