Largest industrial companies of Donetsk and Luhansk regions introduced external state management on March 1. The move was made without changing the owner, so the word "nationalization" does not fit the atmosphere. 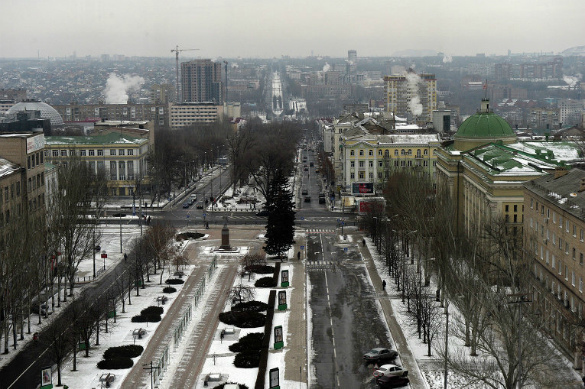 Donbas leaders considered such plans in 2016, but did not materialize them. In late January of 2017, most determined veterans of the war in the Donbas started blocking railway communication between the breakaway republics and the rest of Ukraine.

As a result, the situation in the region forced the administration of Donetsk and Luhansk republics to set forth an ultimatum to Kiev: either the roads and railway tracks are unblocked or the regions introduce external management at largest companies of the region on March 1.

Offices of two closed joint stock companies with one and the same name Vneshtorgservis (Foreign Trade Service) opened in Donetsk and Luhansk. The council of ministers of the republics ruled that the offices would play the role of external administration for the seized assets.

Interfax Ukraine reported with reference to a statement from Metinvest management company that the possible seizure of assets in the Luhansk and Donetsk People's Republics would not affect the stability of businesses, because they had brought $214 million of losses in the last two years.

Pravda.Ru requested an expert opinion on the subject from Sergei Baryshnikov, director of the Center for Political Analysis and Technology in Donetsk.

"As far as I know, Donbas-Arena, the property of Renat Akhmetov, has been de facto taken under external management."

"Will the move eliminate oligarchs in the people's republics of Donetsk and Luhansk?"

"It could be possible. The people, who were working at their companies, did not have any preferences in comparison with others. This created certain social tensions. They would be paid in the Ukrainian currency, not in Russian rubles. It just so happens that Donbas companies were funding the war, the anti-terrorist operation or whatever they call it. The people of the Donbas were working against themselves, against the people of the Donbas. This is another phenomenon of the hybrid warfare. I hope that the introduction of external management will put an end to this."