Germany takes back its gold from US

Germany has second biggest gold reserves in the world, following the US. But most of this gold is kept not in Germany, but in London and New York. As the Bild reported, Germany has returned 200 tons of the precious metal from the Federal Rereserve's stores in New York and the French Central Bank for the year of 2016. 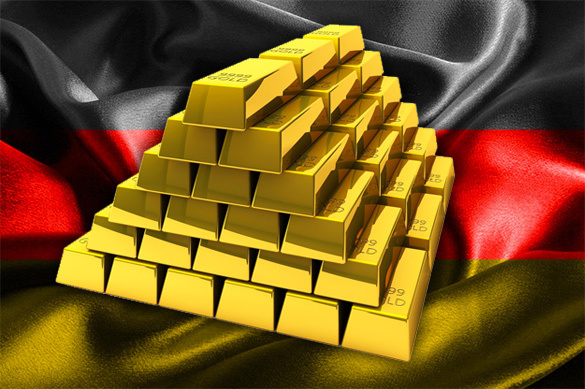 Aleksey Vyazovskiy, Vice-President of the Golden Monetary House, told Pravda.Ru why Germany has sped up the process.

Germany has about three tons of gold, more than a half is kept abroad. Some years ago there was a scandal in the Bundestag, when the US Federal Reserve did not let the German delegation audit their gold. Many conspiratorial theories occurred, that there was no gold at all. After this scandal, the German government started pressurizing the Americans, demanding to return their gold.

To have gold in its own territory and its own stores is a financial sovereignty. Germany is a country with limited sovereignty, it has the US bases in its territory, and gold has been kept in the US so far. The German authorities seem to take on the policy on bigger liberty from its oversea partner.

The Federal Reserve is not subjected to the US President. However, Trump is going to appoint a new Chair instead of Janet Yellen, and it's not clear how he would treat the German gold.

As Pravda.Ru reported, process of repatriation of the German gold has been carried out according to the plan of the German Central Bank, details of which were presented in January 2013, it is planned that by 2020 the Bundesbank will keep half of the German gold reserves. Since 2013, total volume of the repatriated gold has made up 157 tons: 67 tons from Paris and 90 tons from New York. By 2020 the German Central Bank plans to turn back 517 tons more of the precious metal: 307 tons are to be repatriated from France, 210 tons are to be returned from the US.