Russia and Turkey to resume economic ties, start counter-game against the West

After the visit of Turkey's President Recep Tayyip Erdogan to St. Petersburg and the meeting between the leaders of Russia and Turkey at the G20 summit in Hangzhou (China), the resumption of the Russian-Turkish relations is gaining momentum. The talks in Istanbul are expected to lay a solid trade and economic foundation for the new relations between the two countries. 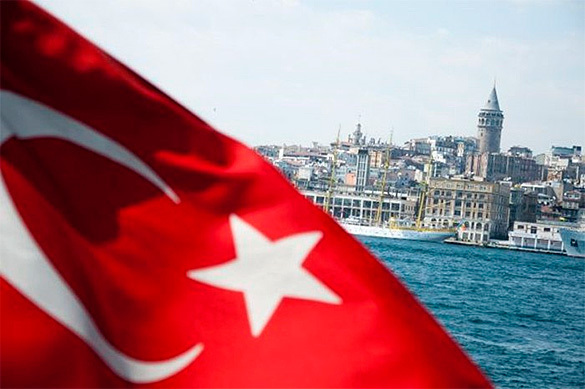 On October 10, Russian President Vladimir Putin is visiting Turkey. It is expected that as a result of the visit, Turkey will become Russia's key partner in the Middle East again. Putin and Erdogan are expected to sign the Turkish Stream agreement and discuss the state of affairs in Syria.

Russia needs the support of Ankara against the background of the offensive of the Syrian government troops in Aleppo, with the participation of the Russian Air Force. Considering the anti-Western rhetoric of the Turkish leader, agreements with the Turkish leader could give Russia opportunities for a diplomatic counter-game with the West. In addition, it is highly important for the Russian leadership to convince Ankara to cut all channels of assistance to the armed opposition in the eastern part of Aleppo.

According to Turkey's Minister for Economy Nihat Zeybekchi, Russia and Turkey intend to increase the trade turnover to $100 billion. In 2014, the turnover between Russia and Turkey made up approximately $30 billion, before it dropped dropped to $23 billion in 2015. Noteworthy, Russia has not been able to reach the level of $100 in trade turnover not even with China, even though China remains Russia's main business partner in the East.

In Istanbul, Russian President Vladimir Putin will also participate in 23rd World Energy Congress, where he will hold talks with the President of Venezuela, Nicolas Maduro.

The agreement will also embrace the second leg of the pipeline of the similar capacity which is likely to be built for the transit of Russian gas via Turkey to Southern Europe. If the document is signed, it will be the first major step forward in the project that has been stalled for almost two years. The signing of the agreement will also display a real recovery of economic cooperation between the two countries and may speed up the process to remove restrictions in other areas, including in the supplies of Turkish food products to Russia, as well as visa issues.

According to co-chairman of the Fund for Energy Strategies Dmitry Marunich, "Turkey has turned to Moscow, having turned away from the West."