The pressure of the US government on US banks forced credit institutions to refuse from the placement of Russian securities. Goldman Sachs was about to place them, but the bank intends not to arrange the deal. 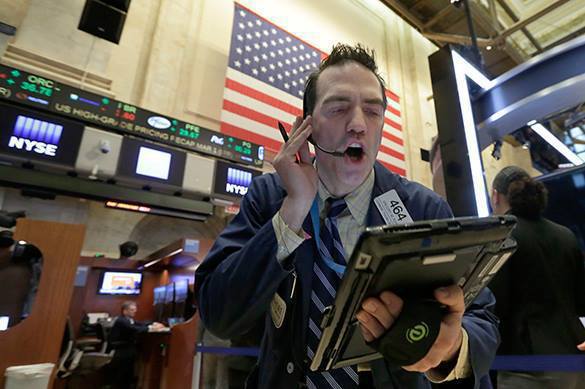 Goldman Sachs was one of the first banks that filed to participate in the placement of Russian sovereign bonds. However, the bank was entitled to revoke the bill at any moment. Following a warning from the US government, Goldman Sachs decided to use this option, The Wall Street Journal wrote.

According to the publication, J. P.Morgan Chase considered a possibility to apply, but the bank administration decided not to do it. The Bank of America Corp., Citigroup Inc., Morgan Stanley and Wells Fargo & Co. announced their refusal at once.

After the Russian government announced an intention to place new bonds worth $3 billion with a maturity of ten years in the Bank of China and in a number of European and American credit institutions, the US government started putting pressure on both American and foreign banks not to conduct business with Russia.

By placing its securities abroad, Russia receives a fresh investment in the nation's economy. According to the US State Department, Moscow thus attempts to bypass anti-Russian sanctions. This is something that Washington can not tolerate. Therefore, contrary to the laws of market economy, the US government decided to follow the path of pressure and intimidation. Credit institutions received an adequate recommendation from the State Department and the US Treasury, in response to their inquiry about a possibility of placing Russian securities.

Not that long ago, the US government strongly recommended US businesses not to participate in the St. Petersburg Economic Forum. Many obediently stayed home, but others came to Russia to take part in the forum.

In May, 2014, The New York Times wrote that top managers of large US companies refused to travel to St. Petersburg because of the pressure from the White House. The heads of Alcoa, Goldman Sachs, PepsiCo, Morgan Stanley, ConocoPhillips, VisaInc. and Citigroup did not come for the forum. Some companies sent lower rank managers to Russia not to come into conflict with the US government.