Russia may create its own oil grade to sell the raw material on international markets. 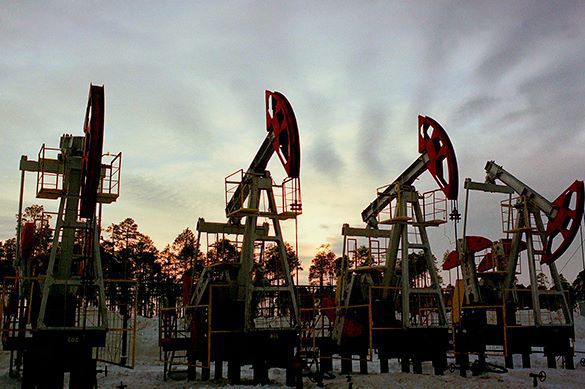 According to German publications, Russia's oil grade may become a direct competitor to Western Brent and WTI oil grades, the prices of which are calculated in US dollars only. If this happens, Russia may strike a serious blow not only on the US currency, but also on the US influence in the world.

"Our goal is to take a place among major indicators. In the current situation, the pricing on our major export flows, on which our budget depends, remains is in the hands of our so-called partners," a representative of the Exchange said.

For the time being, Brent oil is used to determine the price for the Russian oil. This oil grade is used to evaluate two-thirds of world's oil contracts, even though the share of this oil grade in the total volume of oil production in the world makes up less than one percent.

West Texas Intermediate (WTI) is another world-recognized benchmark that also has a dollar peg.

Russia's benchmark could thus demolish the bearing column of the American dominance. As long as all calculations are made through Brent and WTI, the demand for dollars will not subside.

Pravda.Ru asked Valery Bessel, executive vice president at NewTech Services, Professor of the State University of Oil and Gas, to comment how the new oil grade could affect the US dollar.

"Russia already has its own oil grade called Urals. This oil is similar to the quality of Brent oil and is even better than WTI oil. The heavier the oil, the more expensive oil products one can produce by processing it," Valery Bessel told Pravda.Ru.

"Building such plants is very expensive as they require a considerable investment to be made, but they could make products with high added value, the highest on the market," the expert told Pravda.Ru.

"Yet, I do not think that the creation of another oil grade is necessary for Russia," he concluded.