The stocks of Russia's largest state-owned bank Sberbank, VTB Bank and Yandex Search Engine  are growing despite the expansion of the sanctions list of the United States against the Russian Federation. The sanctions affected several daughter companies of Sberbank and VTB, as well as Yandex.Money online payment service. 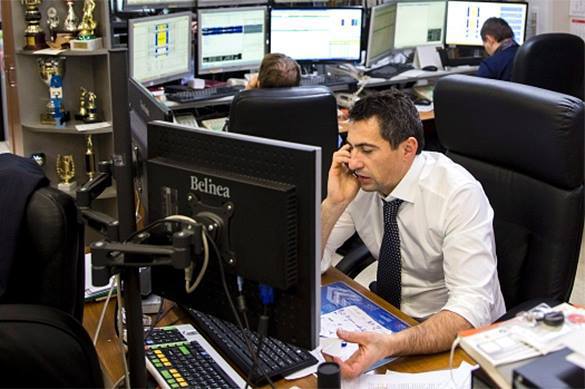 We asked expert opinion from Ruslan Dzarasov, the head of the department for political economy at the Russian Economic University named after Plekhanov, to comment on the phenomenon and share his views on how Western sanctions may affect the Russian market even further.

"The Russian capital market has already been cut off from the Western market, so all Russia can do is to develop its capital market independently. Russia had taken measures to prepare the national banking system for the sanctions. As a result, the Russian economy is not so vulnerable to new sanctions," the expert said.

Pravda.Ru correspondent asked Ruslan Dzarasov, whether the introduction of new sanctions is actual for the United States and the European Union and whether they are going to preserve their effect on the Russian economy.

"There is still a potential to harm our economy. However, those who decided to take anti-Russian sanctions could not predict that the attitude of the Russian population to the Russian government would not change, even though the sanctions damaged our economy. Everyone in Russia understands that the West is taking restrictive measures against Russia just because Russia is protecting its national interests," the expert said.

"The sanctions undermine the position of pro-Western forces in Russia," he added.

"When the sanctions started, the market reacted vigorously. If we had changed our monetary policy to gradually decrease the key rate of the Central Bank and make liquidity more accessible to Russian companies, the effect of the sanctions would have been even smaller," the expert said.

Meanwhile, representatives of Sberbank said that the inclusion of several of its companies on new sanctions lists of the United States did not change the validity of the sanctions against the organization.

"The currently effective sectoral sanctions that were imposed on Sberbank in September 2014  simultaneously embraced Sberbank-controlled companies with a share of direct and indirect ownership of 50 percent or more," a representative of Sberbank said.