Economic war between Russia and Turkey: Who wins?

What is going to happen to the relations between Russia and Turkey after the downing of the Russian jet above Syria? What will happen to large energy projects between the two countries? Pravda.Ru talked about it with director of the Center for Policy Analysis and Strategic Studies, Yevgeny Gnilomedov. 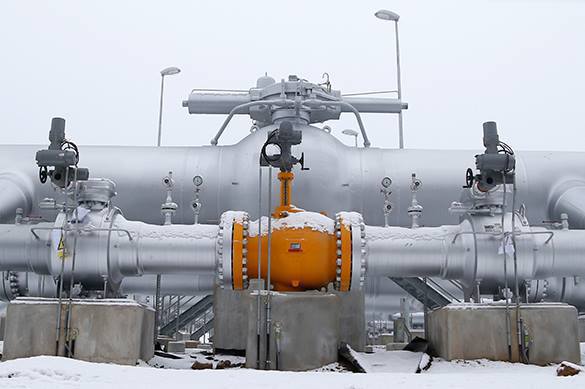 "How can you describe the current state of affairs in the Turkish economy? Turkey has recently conducted a series of economic reforms, and the economy of Turkey has been demonstrating growth against the backdrop of European stagnation."

"Generally speaking, the Turkish economy has been showing fairly significant growth during the recent years indeed. Many people, especially in Russia, believe that tourism plays the leading role in the Turkish economy, but this is not true to fact. The tourist market accounts for about eight percent of Turkish GDP. The rest falls for the well-developed tourist industry, services and agriculture.

"Therefore, in response to the incident with the Russian aircraft, Russia put emphasis on the sphere of agriculture in its sanctions against Turkey. Speaking of imports and exports in the relations between Russia and Turkey, Russia mostly exports raw natural resources. It goes about the Blue Stream project and crude oil. As for the Russian export, Russia buys large volumes of grain.

"Owing to its geographical position, Turkey has several harvest seasons in a year. Russia was counting a lot for Turkey in connection with Russia's food embargo of EU products. We assumed that Turkey could help us at this point."

"The relations between Russia and Turkey have been developing gradually during the recent ten years. In 2005, the Blue Stream project was launched - the Blue Stream marked the beginning of Russia's energy cooperation with Turkey.

"The cooperation was developing steadily: Russia was building electric power plants, Russian oil giant Lukoil is running a large network of gas stations in Turkey, Gazprom operates electric power plants. Turkey was highly interested in the project because Russia was covering all the costs for the Turkish Stream. All Turkey had to build was a short leg of the pipeline on the ground to the Greek border."

"Was Turkey interested in these projects as much as Russia was?"

"Turkey was supposed to become a major hub for the transfer of energy from the Caspian Sea, the Middle East and North Africa to Europe. Turkey would have ensured its need in energy completely. Russia was offering very good conditions to Turkey, but the Turks like to bargain.

"Turkey now has to decide how to replace the Russian gas. The Turks have tried to do it before, although to no avail. Sixty percent is a serious number. Davutoglu has already visited Qatar and Azerbaijan in an attempt to find a solution to the problem, but this is not an easy nut to crack. Azerbaijan does not give as much gas as Turkey needs. As for the liquefied gas, there are only two LNG plants in Turkey. The Turks want to build more, but at someone else's expense.

"The main problem that Turkey is now facing is how to receive natural gas. Let's start with the Azerbaijani oil and gas. There is "Baku-Tbilisi-Ceyhan" oil pipeline that goes via Tbilisi, Georgia. There was a military conflict between Georgia and Russia, and then color revolutions started happening in the Middle East one after another.

"It appears that all those conflicts and revolutions were based on power economy."

"Of course, fuel plays a central role in the region, but it is also a question of geopolitical influence."

"Turkey has already started detaining Russian vessels that carry grains and oil, but Turkey can not cause considerable damage to Russia. Russia needs to take advantage of this situation while Turkey feels guilty for what it has done. I doubt that Turkey may become a friend of Russia again, but Turkey can become our economic partner."