Can China crush the dollar economy?

How will the Chinese economy be developing? How successful is Chinese socialism? Does China, as a global workshop, suffer from declining consumption? How can China's economy ruin the dollar economy? Pravda.Ru meets the head of the Russian-Chinese analytical center Sergei Sanakoyev to discuss these issues. 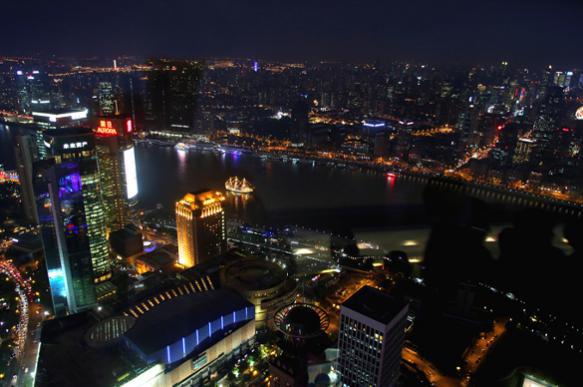 "The fifth plenum of the Central Committee of the Communist Party of China approved the 13th five-year plan for the development of the country before 2020. What is this five-year plan about?"

"China is developing socialism on market conditions - this is what they call "socialism Chinese style." This experience is very positive not only for China, but also for state-owned large corporations. As for the five-year plan, this is a new stage in China's development. Every Chinese leader contributes their experience and vision of the development of the Chinese society.

It was stated at the plenary session that there will be average high annual growth rates. China will no longer be fighting for high numbers like 10-11 percent of GDP per annum, but at the same time it will not be lower than six percent."

"Why hasn't China faced a slowdown in its development?"

"Chinese production was focused on foreign markets. China is a factory of human civilization. China's trade tunrover with the world has already reached $ 4 trillion. This is the most powerful structure that supplies good to the whole world. When consumer demand in the world fell, it slowed down the Chinese growth rate as well."

"Although China has long been considered the driving force of economy, it also holds the largest debt. The US has 18 trillion, and China is 30 trillion dollars in debt."

"On the contrary, it is other countries that owe China. The US debt to China amounts to 1 trillion 300 billion dollars. In the beginning of the year, it was 1.5 trillion dollars, but China has managed to realize American Depository Receipts worth $100 billion. That is, China is getting grid of this debt, thus causing enormous damage to both the dollar economy and the dollar per se.

"At the same time, if the dollar collapses, the enormous American debt to China will turn into dust. Almost all continents owe China - Europe, Africa, Latin America, Central Asia. Noteworthy, the loan portfolio of the State Development Bank of China for Russia makes up $50 billion.

"China is now a giant workshop of the human civilization. It produces real products. Up to 80 percent of China's gross domestic product falls for small and medium enterprises - this is a business that involves the entire population of the country.

"Over the past ten years, the Chinese middle class has increased ten times - from 20 million to 200 million people. The stock market in the Chinese economy takes only ten percent."

"Is China's economy very stable? Is is difficult to shake it?"

"The Chinese economy is absolutely stable, and the recent decision at the plenum of the Central Committee of China shows that the Chinese people are going forward boldly. They are firmly confident in the growth of the national economy. Most likely, China will double GDP by 2020."

"How do you assess the problem of combating corruption in China?"

"China executes by shooting for the things, to which Russian people, for example, pay no mind anymore. In this case, I believe that this is the mechanism that leads to good results, because this responsibility clears the Communist Party of corruption."

"Do you think that China is still going in the right direction?"

"Absolutely. I am convinced that the example of China shows that Russia has made quite a few mistakes when we refused from many things. In China, there is strict state monopoly on ideology and the media. The Internet is regulated strictly. China has banned social networks such as Twitter and Facebook not to let external forces use these social networks as a tool for provocative actions.

"I believe that, despite the relative economic weakness of Russia, our actions in foreign policy are correct, because there is truth and justice behind us. In this sense, Russia and China have been strategic partners for many years, including in the international arena. Russia and China always go together at the UN. Therefore, when some political analysts say that China may join Western sanctions against Russia, I say that this is ridiculous."