Russia shall not agree to change IMF crediting rules

To save Ukraine from default that the country may face should it fail to pay compensations for Russian bonds, the International Monetary Fund is ready to change crediting rules. The provisions will have to be amended on an international level, The Wall Street Journal said. 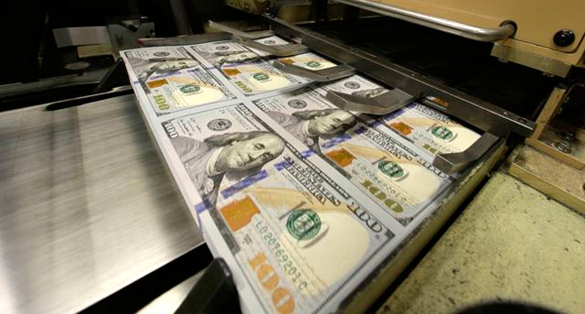 Should the IMF implement the initiative, Ukraine will receive a new loan in November.

Ukrainian Prime Minister Yatsenyuk still hopes that private creditors will be able to change the status of Kiev's debt to Moscow. However, Russia has repeatedly stated that the loan of three billion dollars was an official loan. Therefore, Moscow will not take part in the talks with private financial institutions to restructure the loan.

Pravda.Ru asked Alexander Karavaev, a senior officer at the Moscow State University's Center for Post-Soviet Space, to comment how the situation with the Ukrainian debt may develop further.

Also read: Why not sell Donbass to Russia?

According to the expert, the economic question has become political, because it bumps up against the implementation of the Minsk Accord.

"Kiev and Moscow may try to exchange something in an attempt to solve this debt problem," the expert said.

In November, Western countries intend to introduce amendments to crediting rules of the International Monetary Fund to give Ukraine an opportunity to receive another credit tranche in the event Kiev declares default on the debt to the Russian Federation, The Wall Street Journal said.

Doctor of Economic Sciences, Professor of Economic Policy at the St. Petersburg State University, Gennady Alpatov, told Pravda.Ru that the question was primarily a legal, rather than a political one.

"The statutes of the IMF say what Russia can do in counteraction. Russia takes part in the IMF and makes its contributions to the fund. The IMF was set up by victor states that created the international currency fund to assist governments in cases of budget deficit," said Alpatov.