New study on entrepreneurship in Africa

New conclusions undertaken in research by the Pan-African consulting house Djembe Communications and Forbes Insights are to be presented in the coming months after a study involving four thousand people from Angola, Ghana, Mozambique and Nigeria was carried out on Entrepreneurship in Africa. The African project is alive. 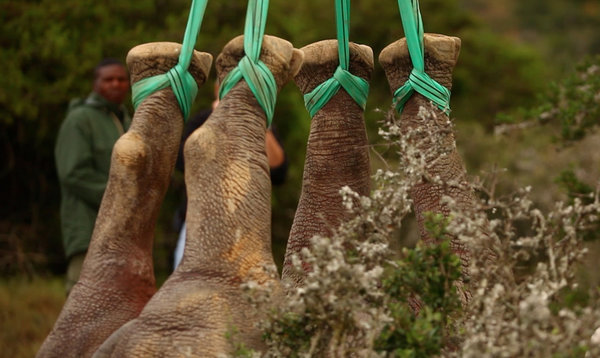 Those of us who have lived in Africa or who work here on a regular basis have seen something different from the generally perceived viewpoint peddled by the mainstream media, namely a dark continent full of dark people, darker and dismal stories, disease, destruction and desperation, a lost continent caught up in a web spun by corruption and bad governance.

Africa is not a lost continent

But Africa is not a lost continent. Like any other, it has poles of misery and despair but it also has vibrant cities, it has educated people, it has a wonderful panoply of cultures and it has millions of young people who live in hope for the future. These, we never see on our TV screens - they just show us migrants from Mali or Eritrea or people suffering from Ebola Virus Disease in the Republic of Guinea, just occasionally we get a glimpse of ethnic conflict in DR Congo or the Central African Republic.

There is another Africa, and this is the one that will be presented in the Djembe/Forbes publication, namely a report called "Entrepreneurship in Africa" which involved four million people aged between 16 and 40 years in two Portuguese-speaking countries - Angola and Mozambique, and Ghana and Nigeria in West Africa.

Djembe Insights aims to produce materials which promote strategies and consulting suggestions for companies and institutions across Africa, aiming to public reports based on facts and research gained from field work, which should also prove useful for journalists looking for brighter stories coming out of this continent.

Another report entitled "Creation of work in Sub-Saharan Africa: Entrepreneurs. Governments. Innovation" will identify projects run and set up by young entrepreneurs in key countries in this region, analyzing the role they played in creating sustainable employment, analyzing opportunities and how to seek for incentives to create jobs in the area of new technologies, among others.

The need for sustainable employment

This is one of the most pressing issues in Africa today, and it is especially important due to the growing young population of the continent. Channeling resources into the creation of SMCs and catering for start-ups across Africa, providing the expertise new companies need in taking a foothold in the global marketplace and internationalizing themselves is a must, and it is a commitment in which the rest of the world must be engaged.

For this, we need information and this means real information in real time, not biased and skewed reports painting a negative picture just because when people feel that someone else is worse off than themselves, they feel better in their collective Comfort Zone, and the greater the identity of "them", the greater the justification for "us" and "what we do".

"We" have collectively done little for Africa since the days of the slave trade, colonization and imperialism, and then when these countries were freed by the Soviet Union, the rest of the world clubbed together and made sure the new social benefits were chipped away one by one until reaching what we see today.

It is time to make time for Africa to take its place alongside others in the global community. This cannot be achieved while the continent's resources are channeled outwards and while foreign companies take ninety per cent of the profits from the resources they are controlling.

*Timothy Bancroft-Hinchey has worked as a correspondent, journalist, deputy editor, editor, chief editor, director, project manager, executive director, partner and owner of printed and online daily, weekly, monthly and yearly publications, TV stations and media groups printed, aired and distributed in Angola, Brazil, Cape Verde, East Timor, Guinea-Bissau, Portugal, Mozambique and São Tomé and Principe Isles; the Russian Foreign Ministry publication Dialog and the Cuban Foreign Ministry Official Publications. He has spent the last two decades in humanitarian projects, connecting communities, working to document and catalog disappearing languages, cultures, traditions, working to network with the LGBT communities helping to set up shelters for abused or frightened victims and as Media Partner with UN Women, working to foster the UN Women project to fight against gender violence and to strive for an end to sexism, racism and homophobia. A Vegan, he is also a Media Partner of Humane Society International, fighting for animal rights.