On January 29, deputy chairman of the Central Committee of the Communist Party, Valery Rashkin, and Secretary of the Central Committee of the Communist Party, Sergei Obukhov, sent deputy inquiries to Prosecutor General of Russia Yuri Chaika, and to the head of the Board of the Central Bank of the Russian Federation Elvira Nabiullina. In their inquiries, the officials requested the Russian authorities should conduct negotiations with such companies as Paypal, Google, Apple, Visa, MasterCard, and several others, who interrupted their activities on the territory of Crimea, which is a subject of the Russian Federation. 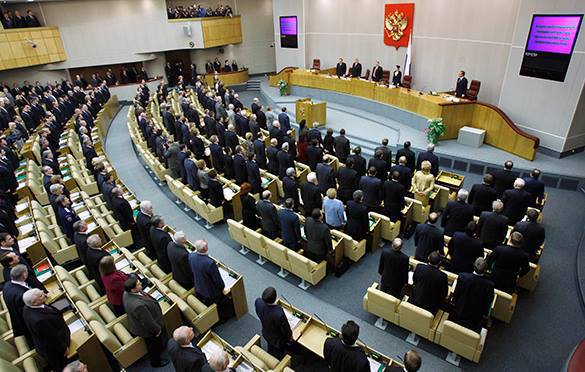 "Following the introduction of economic sanctions against Russia that violate fundamental principles of the WTO, US President Barack Obama signed a decree to block the property of certain persons and prohibit the transactions related "to the Ukrainian region of the Crimea," which, in our opinion, in some cases, contradicts to the current Russian legislation," representatives of the Communist Party wrote in their address, the Izvestia newspaper said.

The deputies submitted their inquiries following the reports that said that PayPal ceased to provide services on the Crimean Peninsula from January 23 of 2015. In Russia, PayPal is represented by Paypal RU, which is licensed by the Central Bank of the Russian Federation.

"Contrary to provisions of Paragraph 2, Article 846 of the Civil Code of the Russian Federation, according to which a bank shall conclude a bank account contract with a client, who requested an account be opened in accordance with adequate terms of the bank, consistent with applicable requirements established in accordance with banking rules, and shall not refuse in a request to open an account to conduct transactions under the license, the company PayPal not only refused to open accounts for new clients, but has already notified about the closure of existing accounts in the Republic of Crimea. In accordance with Paragraph 4, Article 845 of the Civil Code of the Russian Federation, the above norms shall apply to credit institutions, and OOO Paypal RU serves as such," the deputies wrote in their address.

The MPs, having referred to the information of the press, said that Google was planning to shut down Google Play for Crimean residents and terminate agreements on cooperation with Google Android and Apple.

Representatives of Google and Apple refer to force majeure

The parliamentarians believe that the companies thus violate agreements possessing the status of public contracts. Article 426 of the Civil Code of the Russian Federation recognizes such agreements as contracts concluded by a commercial organization and establishes its liabilities for the sale of goods, provision of works or services that an organization shall provide by the nature of its activity to all of its clients and customers.

"The refusal of a commercial organization to conclude a public contract given an opportunity to provide relevant goods or services to the customer shall not be allowed,"Sergei Obukhov said.

Political analyst and co-chair of the Council for National Strategy Joseph Diskin believes that the above-mentioned companies were conducting politically motivated activities. According to the analyst, if the companies decided to stop working on the Russian market, they should compensate clients' losses, as stipulated in the contracts.

"I think that these companies should be responsible for their actions, in accordance with Russian law. All foreign companies operating in Russia operate on the basis of Russian laws," he said.

Representatives of the above-mentioned companies explained their decisions to suspend the provision of services in the Crimea with force majeure circumstances, such as sanctions.

"All the talk about sanctions and force majeure is irrelevant. As long as the sanctions themselves are illegitimate, then force majeure references do not hold water," concluded the analyst.