The United States may disconnect Russia from the system of international payments SWIFT. Pravda.Ru asked scientific director of the International Business School Executive MBA LWBTM at the State University of Management, Vladimir Moryzhenkov, to comment on whether it can be possible indeed. 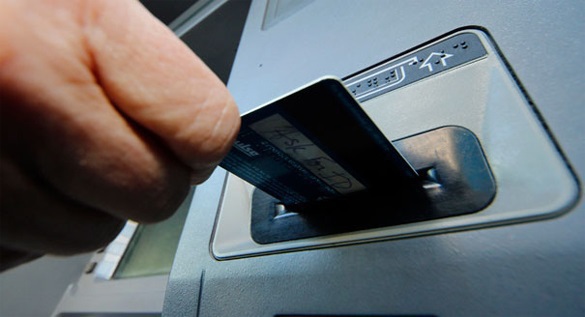 If the West disconnects Russia from SWIFT, Russia will have to take drastic measures, as it will become extremely difficult for Russia to pay for the deliveries of food products and other goods. "There will be only one step left - to voice a threat. VTB President Kostin said that disabling Russia from SWIFT would be equivalent to declaring war. It will be almost impossible for foreign partners to pay Russia for fuel shipments. As a result, Russian customers will go to other suppliers."

"It's like playing a game of chess. Serious, smart people should calculate effects of several moves ahead. At the moment, everything is built on mistakes. The Europeans made a mistake in Greece, and Greece will strike a blow on the EU."

Last week in Davos, the head of VTB, Andrei Kostin, commented on the possible disconnection from SWIFT. "We have already created the internal system that may replace SWIFT. But I would like to stress one thing out here. If this happens, it will lead to the dramatic deterioration of relations between the East and the West. If this happens, US ambassadors to Russia and Russian ambassadors to the USA may leave their offices. This has already happened in the relations between the United States and Iran. This would exclude dialogue completely," Kostin said. According to him, disabling Russia from SWIFT would mean that the countries have neared the edge of war and have already entered the stage of the "cold war."

Bank of Russia creates its own analogue to SWIFT

"SWIFT is a system, though which interbank settlements are conducted. They will not be able to conduct any transactions with Russian banks. Possibly, all transactions will be conducted through subsidiary offices of Western banks in Russia. Inside Russia, replacing SWIFT will be easier, but it will take time," analyst with Finam Investment Holding, Anton Soroko told Pravda.Ru.

"Disconnecting Russia from this system would be an extreme decision. They have disconnected Iran before, but partially. Besides, Russia still remains one of the largest economic partners for the European Union. Of course, our trade turnover with the United States is a lot lower, so it is a lot easier for the USA to take such a decision. Given that the economic situation inside the European Union is far from being perfect, such a move may affect the development of European economies," Anton Soroko also said.

As part of the new sanctions, European officials study the possibilities of expanding the list of goods and technologies, the export of which in the Russian Federation will be prohibited, imposing restrictions on the purchase of Russian sovereign debt, expanding the list of persons, who will be barred from entering the European Union and whose assets in European countries should be frozen.

The new sanctions should be approved by all 28 member countries of the EU. However, achieving consensus on this issue may turn out to be problematic, as several countries of the European advocating lifting sanctions against Russia. The victory of the leftist coalition SYRIZA in Greece may also play its role in the process, observers say.