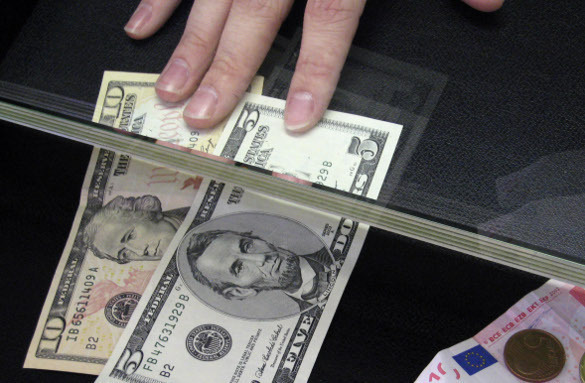 The dollar exchange rate against the euro and the Japanese yen is near to its multi-year lows. Does it evidence the dollar's strength? Or is it a choice among weak currencies in favour of the best of them? The chief strategist of the BCS Financial Group Maksim Shein answered these questions in an interview with Pravda.Ru.

"In existing conditions, when the economic growth rates in leading countries are similar and inflation is extremely low, the so called zero interest rates and monetary factors come into play. At the time when the US quantitative easing programme was in full swing, we did not observe a strong appreciation of the dollar against other currencies. But when the United States scrapped the programme, while Europe and Japan continue it and their Central Banks continue printing money, the US dollar strengthened, especially as the economic growth rates in the USA are now higher than in Europe and Japan," Maksim Shein said.

As the expert emphasized, there is another factor, which concerns investors' fears. At the times when threats exist, investors show a keen demand for the US exchequer stock, which adds to the strengthening of the US currency. "But if we take a look at the dynamics of the US currency in the overall picture, I do not observe very sharp movements. Therefore, in existing economic conditions it is a benefit for the European economy, where export is the main and probably the only driver of growth. The cheaper is the euro against the dollar, the more opportunities appear and the more competitive is the European export."

Previously one could invest capitals in western government bonds, including the US Treasuries, and live on interest with no worry. But now such investments are not reliable, because the US Government may announce a shutdown in view of their 18 trillion global debt. Japan may declare a default on its enormous debt (over 200% of the GDP), and the euro region can go to pieces. The Pravda.Ru correspondent asked the expert whether it was the reason why investors now prefer to invest in the dollar.

"Investors do not invest in the dollar, they invest in dollar-denominated assets. If assets denominated in other currencies will yield more profit at the same risk level, investors will prefer them without a moment's hesitation. So the situation is rather flexible given the developed infrastructure of capital movements around the world," Maksim Shein observed.

Swiss franc was strongly undervalued vs. the dollar

"Exactly, it was undervalued against the dollar, and this artificial peg kept the exchange rate at 1.2. The Swiss National Bank evidently decided it was a wrong way to go and the cap on the franc against the euro should be abandoned. The market response was prompt. Nevertheless, it's far from being the most cheerful event for the Swiss economy," the main strategist of the BCS Financial Group said.

The Pravda.Ru correspondent asked whether there was another currency that can surprise too, perhaps, the Hong Kong dollar or the yuan.

"For now I cannot say there are preconditions for that. The incident with the Swiss franc is a surprise and a thunder clap as nobody could expect such decision. That explains the resulting great losses. The currency market is always unpredictable. It can have minor fluctuations for a long time, but at times strong movements happen due to some or other events," Maksim Shein noted.

The Pravda.Ru correspondent asked the expert whether the hegemony of the dollar could be called as unshakable.

"It depends on what you call a hegemony. Yes, a system was built up, in which the dollar is the primary reserve currency. It is probably logical from the viewpoint of the largest and best developed state. By historical standards, the dollar is the world's primary currency that has a history. But it will not be so forever. As soon as a worthy alternative to the dollar appears, the world will become multipolar," Maksim Shein concluded.