Russia's credit rating likely to be downgraded to junk 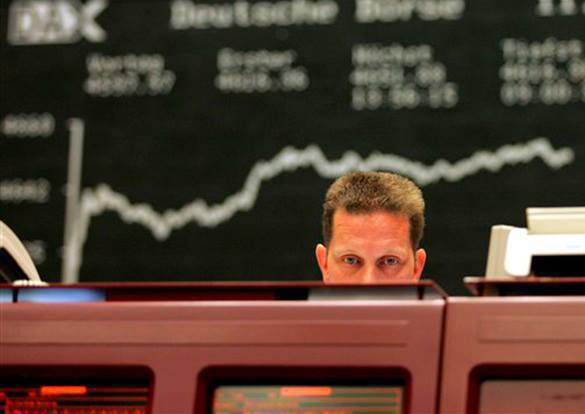 Standard & Poor's is going to revise Russia's sovereign credit rating with a "negative" outlook. The agency made the decision to revise Russia's credit in late 2014. According to the agency, the flexibility of Russia's monetary policy has been declining steadily.

Many economists believe that S&P will downgrade Russia's sovereign credit rating. Should the ratings be reduced to the junk level, it would mean that the agencies would recommend investors not to work with Russia. A downgrade of the rating would shatter the markets even further, RBC reports.

The downgrade of Russia's credit rating would trigger the sell-out of sovereign eurobonds, as the majority of large investment foundations can not keep securities of a non-investment rating in their portfolios. To date, ten-year eurobonds are traded with a yield of 7.2%, whereas five-year papers - with a yield of 5.6%.

According to Cbonds, the amount of government Eurobonds in circulation makes up $45.7 billion. Russia's GDP is expected to decline for several months, while the oil prices may fall by 10-20%. Therefore, investors may prefer to get rid of the eurobonds in the first quarter of the year, specialists believe.

The premium for the risk of the default of Russia has grown to nearly six-year maximum on account of fears of a possible reduction in the sovereign rating. The cost of insurance against default for five-year government bonds on Tuesday, January 6, peaked having exceeded 600 points to the highest level since March 2009. By Friday, January 9, it dropped to 575.35 points.

The downgrade of the rating will have a negative impact not only on the national debt, but also on companies' securities. Lower rankings will automatically entail a massive revision of corporate ratings and cause a wave of sell-outs.

The reduction of the sovereign rating will also have a negative impact on the Russian banking system. The balance sheets of the banks that have eurobonds in their portfolios may worsen, and banks may need more capital to keep up their positions. The Central Bank and the government of the Russian Federation already take measures to ease the burden on bank capital.