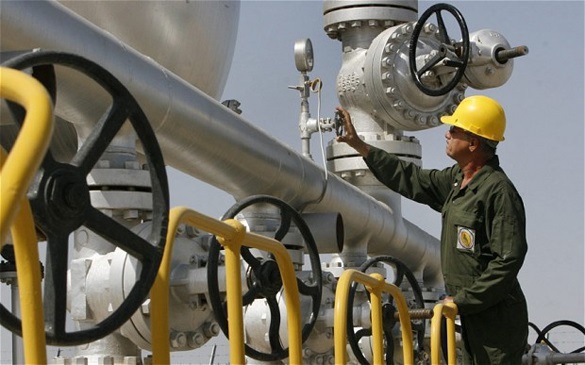 Russia cannot continue implementation of the South Stream gas pipeline project in current conditions, the Russian President Vladimir Putin said at a press conference in Ankara following negotiations with Turkish President Tayyip Erdoğan. "Taking into account the fact that we still have not received Bulgaria's permission, we think that Russia is unable to continue implementation of this project in such conditions, - Putin said. - We cannot start the construction in the sea until we have Bulgaria's permission to begin construction in the sea. It would be absurd to reach the Bulgarian coast and to stop then". Economist and lecturer at the Institute of Natural Monopolies Research (Russian Presidential Academy of National Economy and Public Administration, or RANEPA) Vladislav Ginko commented Putin's statement as to reconsidering Russia's participation in the project.

"It should be noted that the new project "Sea Gas Pipeline" to Turkey which in terms of gas volumes is approximately comparable to gas volumes that would supposedly be pumped through the South Stream which is now closed. In other words, it is the matter of 62 billion cubic meters of gas per year, of which 17 will go to Turkey and the rest - by transit to Southern Europe. As for the capacity, it is the same but we receive an opportunity to supply the same supposed fuel volumes to Europe via another way. We can drop the South Stream project exactly due to the fact that we concluded long-term contracts for decades to come towards Asia. It doesn't mean that we refuse to supply Europe, we just receive an opportunity of freedom of choice. Indeed if Europe creates obstacles then we just refuse to do it," Vladislav Ginko said in the interview.

The correspondent also asked the expert to comment the statement of a Bulgarian political analyst Ognyan Minchev who recently said "Putin's refusal to build South Stream means that the EU has protected its rights and interests and complied with the Third Energy Package, which includes compliance with laws of competition in the EU."

"Russia complied with the Third Energy Package, those companies that would participate in the South Stream are joint ventures, i.e. foreign partners also take part in it, there is no monopoly here. Moreover, we exhibited an extreme flexibility and were willing to compromise, make other participants partners on the project. But Bulgaria that at first supported this project then started to slow it down."

The correspondent also asked the economist, why Sofia yielded to pressure from EU and sacrificed own national interests, though benefits from the South Stream for this country are obvious.

"Bulgaria most likely didn't expect Russia to make such a quick and tough decision as to the South Stream. Yet again Europe overestimated a seeming dependence of Russia on gas supplies. Gas supplies to Europe are important for Russia but they are not decisive, it helps to remember that revenue from sale of all natural gas is four times lower than revenue from oil sales. Therefore, Europeans who strived to pretend that Russia would agree to anything to implement the South Stream were mistaken."

The Pravda.Ru correspondent followed up and asked the expert, if Russia would lose something conceding on the gas price with Turkey, if the new project was commercially not very profitable for the Russian Federation?

"I'm absolutely calm in this regard, Gazprom will never go toward concluding unprofitable contracts. Gazprom is a market company, it focuses on capitalization that is formed on the stock market, Gazprom's shareholders are not only the state, but also private investors exerting great influence on Gazprom for it to be an efficient company," Vladislav Ginko said.

The expert answered as follows to a completely reasonable question of the correspondent, if Bulgaria would lose its money if the project were closed:

"We are ready to negotiate with those who actually make decisions in Europe, I think if guarantees are provided that the project will not be suspended by European countries at any moment, the South Stream project will be resumed. We pursue our own policy based on our interests and currently we see no point in implementing the South Stream project. Therefore, we completely withdraw from the project. Bulgaria undoubtedly suffers losses. It is the multiplicative effect. It is not only a loss of 400 mln. Euro, Bulgarian companies involved in construction that already invested in the project will suffer too. Bulgaria will lose several thousand jobs. But Bulgaria together with Brussels have not fully calculated Russia's determination to protect own interests."

Author`s name Dmitry Sudakov
*
13:43
Russia to pay special attention to strategic nuclear forces in 2023
13:14
Russia tests new methods of the use of missile and artillery forces in Ukraine
20:59
Ukraine says all large thermal and hydro electric power stations damaged after attacks
19:49
New Russian McDonald's to have books instead of toys in Kids Combos
17:22
African student killed in Ukraine was PMC Wagner fighter
18:39
Ukraine will plunge into total darkness in a few weeks
17:09
If the West caps prices on Russian oil, Moscow will not shoot itself in the foot
15:53
US seriously considers supplying Boeing's GLSDB long-range artillery weapon to Ukraine
15:16
Russian Defence Ministry: Over 100 Ukrainian soldiers destroyed in one air strike
14:55
Russia responds to remarks about Washington getting ready for conflict with Moscow
Russian forces take control of Ukraine's supply route