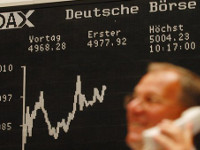 Presenting the report on the monetary policy at the government meeting on Thursday, Nabiullina noted that three scenarios of the Central Bank for the development of economy did not take into account the possibility of sharp decline in oil prices. The document does not show the stress scenario, but the Central Bank does not reject such a scenario either, she said.

"We can not continue growing extensively. Growth can only be based on increasing productivity and improving efficiency. This is indicated by both the dynamics of the unemployment rate, which remains near all-time low levels, and other indirect indicators. The share of people employed for part-time work remains low," said the head of the Central Bank.

According to her, high inflation remains problem number one for the population. For 71 percent of the population, this is the most disturbing problem, Nabiullina said.  High inflation erodes wages, pensions and devalues ​​savings," she said.

In this regard, the Central Bank proposes not to change the established inflation target for 2015-2016,. (4.5% and 4% respectively), although there are risks of failure to achieve these objectives.

"The normal level, we believe, for the Russian economy, is four percent, and we offer to make this a permanent objective for a medium perspective," said the head of the Central Bank of the Russian Federation.

The Bank of Russia does not intend to reduce inflation in short term, at any cost. It will be a gradual process that will take two or three years," she said.

Meanwhile, World Bank economists say that the Russian economy will experience slowdown or even recession, if the authorities do not launch structural reforms. In a recent report on the Russian economy, WB analysts said that Russia most likely reached the "maximum level of potential production."

According to the World Bank, the Russian economic model, based on the broad participation of the state, has exhausted itself. "Returning to the model stipulating aspiration to high rates of economic growth in Russia will depend on the steady growth of private investment and improving consumer confidence. These factors require predictable economic environment and the need to resolve outstanding issues of structural reforms," the report from the World Bank said.

An optimistic scenario of the World Bank assumes a slight economic recovery through eased geopolitical tensions and the abolition of all sanctions by the end of 2014. In this case, economists predict the growth in GDP from 0.5% in 2014 to 0.9% in 2015 and 1.3% in 2016.

To avoid stagnation or recession, the World Bank proposes to improve the efficiency of public services such as health and education.

Economists also advise the Russian authorities should improve conditions of competition in all Russian industries. Presently, this is hampered by the dominant position of inefficient companies on the market. "The gas industry remains a state monopoly, which may limit efficiency and cut activities to explore and develop new deposits," the report said, RBC reports.

According to the World Bank, the participation of the private sector can improve the quantity and quality of public services.

The restrictions imposed by the West may considerably decrease international reserves of the Russian Central Bank. The level of oil production will drop, and the immunity of the economy against external shocks will weaken. Russia will enter recession this year (a decline of 1%), and 2015 will be marked with stagnation, Moody's forecast says.

However, the Central Bank of Russia believes that even if the West toughens sanctions, GDP growth in 2015 will makes up 0.5 percent.

In 2015, the head of the Ministry for Economic Development Alexei Ulyukayev said, Russia expects an increase in investment, especially public investment, National Security Foundation and companies with state participation. From 2016, the ministry expects the recovery of private investment, particularly against the background of improving international relations.