Russia climbed up to the 53rd place in the ranking of global competitiveness. The consequences of the crisis in Ukraine may worsen the country's position in the future. This was announced by the World Economic Forum, in a report titled "Global Competitiveness 2014-2015". 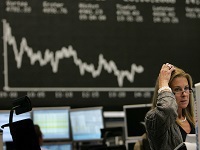 The study was based on publicly available data and results of the survey of 14,000 business executives in 144 countries.

Russia ranked 53rd, having gone up from 64th in last year's rankings, owing to "improvements related to the effectiveness of the market of goods and services, the use of information and communication technologies and competitiveness of companies." As for competitive advantages of Russia, the report named a high level of education of the population and a large potential for innovation, ITAR-TASS reports.

At the same time, the report says, the Russian economy continues to experience a lot of deep-rooted problems that need to be resolved for the country to improve its competitiveness.

Russian markets are not as effective as they could be. The existence of monopolies and oligopolies prevent other companies from entering the market, which affects the level of competitiveness, senior economist at the WEF Benyat Bilbao-Osorio believes.

Another negative aspect is the lack of innovations. Russia had a large scientific potential in the past, that has not yet transformed into new products and services. There are attempts being made, but the ties between the academic system and the industry is not very strong. Companies do not invest enough to turn this scientific knowledge into specific product, the expert believes.

Among 112 major categories, on which the rating is based, Russia is placed above the 40th position only in four of them: the size of the domestic market (7), macroeconomic stability - 31, higher education and training - 39, infrastructure - 39.

The institutional structure (97) continues to be the Achilles heel of Russia. One requires strong modernization to eradicate corruption and favoritism (92), restore confidence in independence of the judiciary system (109)," the report says.

In other categories, the situation is as follows: efficiency of the labor market - 45, health and primary education - 56, technological level - 59, innovative potential - 65, competitiveness of companies - 86, quality of institutions - 97, efficiency of the market of goods and services - 99.

Finally, the Russian Federation shows weakest results on such an important indicator as the development of the financial market - 110.

Russia has risen in the ranking in almost all areas, both in absolute (points), and relative (places) indicators.

The institutional environment has improved - protection of property rights and intellectual property rights, impartiality of the judiciary, the situation with corruption, transparency of policy-making.

The situation on the labor and financial markets has improved. Loans have become more affordable, obtaining finance on the domestic market has become easier, labor productivity has risen. Access to latest technologies and ability of firms to innovate has improved.

The only block of indicators that worsened is the macroeconomic one. Due to the growth of the budget deficit, reducing savings rate, accelerating inflation rate, Russia dropped from the 19th to the 31st place.

Russia's positions improved against the backdrop of worsening indicators of other countries. Five countries were excluded from the ranking in 2014 (Tajikistan was added). The positions of several important economies dropped, including the economies of Saudi Arabia, China and Turkey.

The policy of small matters, such as the implementation of road maps, begins to bring results. For a common entrepreneur, cutting the procedure of approvals for one week is tangible progress.

The report had been completed before the start of the war in the east of Ukraine, in response to which many Western countries imposed sanctions on Russia. The sanctions, experts warn, may adversely affect the Russian rating in the future.

Ukraine was ranked 76th, which was eight points better than a year earlier.

Again, the in the yearbook refer to 2013, so the report does not reflect the Ukrainian crisis, the strained relations between Russia and the West and the threat of economic sanctions.