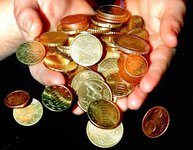 A representative of the office of Prime Minister David Cameron said that this started happening after British officials threatened to punish Putin's confidants. There are officials in the West, who believe that Russia and Putin are guilty of the crash of the Malaysian Boeing in Ukraine.

UK PM David Cameron, for example, cracked down on the French for their efforts to abide by contractual obligations in selling Mistral helicopter carriers to Russia.  At the same time, Mr. Cameron did not say a word about the fact that Great Britain had recently increased arms exports to Russia. It just so happens that London insists on the introduction of sanctions against Russia in the defense industry, to the detriment of the UK. According to The Independent, Moscow buys weapons from London worth $200 million a year. The British government, among other things, issued licenses for the delivery of sniper rifles to Russia, as well as spare parts for automatic rifles and combat rifles, ammunition for small arms and cryptographic equipment. The amount of British arms exports to Russia has grown by more than 50 percent during the recent year.

It is worthy of note that in connection with the situation in Ukraine, the U.S. continues its anti-Russian crusade, threatening to impose more sanctions on Russia. The U.S. particularly threatens to freeze foreign assets (including bank accounts) of largest Russian companies.

This, in turn, may trigger a flight of capital from the USA to Russia. Pravda.Ru asked an expert opinion from Doctor of Economic Sciences, Oleg Bogomolov.

"Are Russian companies ready for such a turn of events?"

"Russian large companies take the risk into account and take measures to protect themselves as much as possible. Furthermore, one must bear in mind the fact that Russian major industrial companies have large debts - they raised many loans in the West. If the economic war breaks out, the West risks losing that money.

"Putin was right when he said that sanctions produce the boomerang effect affecting both the sanctioners and the sanctioned. One should not be overdramatic about it, as this kind of menacing steps could be propaganda maneuvers.

"Until the sanctions are imposed, one can transfer assets, and this is also a way to insure themselves against losses. There are not only U.S. banks, there are European, Chinese banks and other large banks in many other countries. For the time being, the money is freely available to those who own it."

"Can we expect that due to the threat from the United States the money that was settled abroad will return to Russia?"

"I do not think this is very likely, because the reserves of private companies and the state must be in Russia. As a rule, in foreign currencies in Switzerland, in the U.S., the EU, they should represent the real value that can be useful in a political situation. And if the money is in a different location, then this is not a reserve, but a less reliable amount of money."

"Are there countries, on which the USA can not put pressure? Swiss banks already have the right not to keep secrets of their clients."

"There are many of such countries - China, for example. Many other countries prefer to refrain from that, because this is a matter of banking business that has its traditions."