The search operation in Turkey, where more than 300 miners were killed in a mine accident in the town of Soma, has ended. Investigation is underway. Most likely, the tragedy in Soma occurred as a result of criminal negligence. Will the tragedy in the Turkish mine affect the state of affairs in the coal industry? 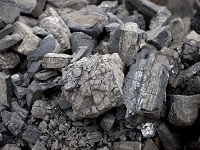 Turkish investigators have not ruled out that 301 miners fell victims of criminal negligence. Turkish Energy Minister assured that all those responsible, whether mine owners or officials, would be arrested and brought to justice. The Turkish authorities are unlikely to hush up the case, because the tragedy, which occurred on May 13, took many citizens to the streets. The people demand the authorities should punish those responsible. According to Turkish officials, opposition activists had previously offered the authorities to investigate the work of the coal mine in Soma, but for uncertain reasons, the parliament would only turn a blind eye to those requests.

Unfortunately, the tragedy that took place in Turkey and became one of the worst underground accidents in history, expanded the sad statistics of similar tragedies that still occur worldwide time and again. Time goes by, but the work of a miner never ceases to be one of the most dangerous professions in the world. Pravda.Ru tried to find out, whether the Turkish mine tragedy may affect the mining industry.

"Mine explosions occur in Russia as well, we have them often too, - chief editor of Transport Security and Technology Journal, a member of the advisory council at the State Duma Committee for Transport, Sergei Gruzd, told Pravda.Ru. - First, this production is not safe per se, because it is fraught with the release of natural gas and other explosive gases. A mine may collapse, other accidents may also happen, there are complex mechanisms used in coal mining.

"In today's Russia, things are a little better than they were in the early 2000s, after all this was corporatized, and the state transferred the mining industry to private hands. It is too early to say that everything has been solved, because, you know, a lot depends on the human factor. Even if they install appropriate security and gas detection equipment, for some reason - greed or short-sightedness - people incapacitate these systems temporarily, reduce sensor sensitivity so that they do not react to the appearance of, in their opinion, minor deviations in explosive concentrations. It all leads to, of course, explosions and tragedies."

According to the expert, in Russia the insurance system works a lot worse in comparison with other developed countries. In the whole world, insurance is a mechanism that shows influence on security and encourages people to introduce various decisions in equipment and technology. Mine owners pay huge money for insurance, because without insurance no one will even look at them.

"The biggest problem that Russia has not solved yet at this point is the price of human life. In Germany, for example, if one citizen is recklessly killed through the fault of another, then the culprit will incur criminal liability and financially maintain the dependents of the killed person. We have no such mechanism in Russia. At best, relatives of the killed individual will receive 25 000 rubles for burial. Secondly, there is a law on compulsory insurance of dangerous objects, but it is used only for competition between insurers themselves, rather than for encouraging owners to bring their mines into correspondence with all safety rules. They do not reduce the risk for a dangerous situation to occur, but do it to simply conclude contracts, not even inspecting objects, without evaluating all possible risks, - says Sergey Gruzd. - Of course, a lot has been done to improve the situation, but a bulk of documents from the Soviet era has remained, including the documents regulating the elimination of consequences of accidents."

Nevertheless, Russia remains one of the major players on the global coal market, where there has been a drop in demand during the recent years. Coal became less in demand on the Russian domestic market, and the industry has become extremely dependent on exports. A member of the Public Chamber of the Russian Federation, Chairman of the Russian Independent Trade Union of Coal Industry Workers, Ivan Mohnachuk told Pravda.Ru:

"Despite the global crisis on energy, the pricing system and declining prices on coal on international markets, Russia produced 352 million tons of coal last year. This year, the coal production in Russia has been 2 million tons excessive during four months of the current year. We execute all obligations, and I think that coal production will match the level of last year, or will be a bit higher,"  said Ivan Mohnachuk.

According to him, the tragedy in Turkey will not affect the volumes of coal production in the world. "Given the dynamics of price growth in the South Eastern markets of the Pacific region, I think that Russia is capable to compensate demand with its own coal. As for Europe, Russia continues to deliver coal there as before, although prices have slightly dropped, but it happened after America started the production of shale gas. Shale gas in America replaces coal production in terms of energy production. Shale gas is used in transport, which entails a reduction in coal consumption."

Perhaps, the main competitors of Russian coal companies are the Chinese. China produces more than one billion tons of coal that is delivered to the seaports of Europe and other continents. The Chinese are trying to squeeze Russian companies out from the market by dumping prices.  As a result, Russian exporters are also forced to cut prices to keep up production. In general, economists and experts believe that the demand for coal will remain stable in the world, whereas prices may grow in the future again.