Russia thanks West for useful sanctions

Some bring up various horror stories about the consequences of the sanctions from the West and isolation of Russia. However, they forget that the isolation could be a huge advantage for the country. There have been similar examples in history. Lt. Gen. Alexander Mikhailov, a member of the Council on Foreign and Defense Policy, reviewed this issue in a live broadcast of Pravda.Ru.

Alexander, Viktor Yanukovych is now on the territory of the Russian Federation. His presence here means certain loyalty to him and the deposed government, and not the protection of the rights of the Russian-speaking population. We cannot send him back to Ukraine as it would probably result in his death. What can be done in this situation?

"In this situation we find ourselves in the position of hostages. This has happened before. Think about Honecker, the Riga OMON that, unfortunately, was handed by our scoundrels to the Latvian side from Tyumen. Any person has the right to safety. Yanukovych today formally remains the legitimate president of Ukraine, regardless of what you think about it. All actions must be legitimate. It is clear that the opposition believes that he is a deposed ruler and is building their own political structure. Of course, the Russian government understands that a dialogue with him is pointless, but no one intends to give him to the self-proclaimed authorities." 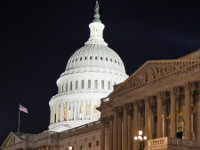 What do you think about the current relationship between Russia, Ukraine, the EU and the U.S.? What about the position of our liberals and celebrities who firmly believe that the international isolation of Russia will mean death? For example, a gallery owner Marat Gelman said that artists in Russia would simply die if America announces its sanctions. Should we pay attention to such statements?

"I remember numerous cases where we really were in isolation. This isolation for Russia and then the Soviet Union was a very powerful motivating factor for the development of many areas. Germany, for example, once stopped the delivery of large diameter pipes to Russia. Sometime later we have produced our own pipes and told everyone we had them. Often we got too comfortable and did many things wrong when we were in a favorable, at first glance, international society.

For example, today all of our farms are suffering because we import products from abroad. Maybe we should not relegate our food market to foreign manufacturers or deliver dubious foreign products, but should pay attention to our own agriculture. We are well aware that, in the words of Alexander III, Russia has two reliable allies, the army and navy.

But beyond that there is still such a thing as national identity and the increased ability to survive in any environment. I think that the Americans and the EU overestimate their possibilities. We have enormous financial resources. We have a fairly powerful army, a weapons system. Any threat of sanctions or war at first causes an outburst of patriotic feelings directed towards creation within the country. I do not think that the Americans can scare us. Who did they scare? They scared part of the oligarchic elite, the people who moved their capital from Russia to the West. And we understand that this money does not work for Russia.

I know that some people nearly had a heart attack over these statements about freezing American accounts. But Vladimir Putin said long time ago, guys, the money is here. We have a treasury, our financial system. Let's work here more."

What will happen to the sensitive indices of stock markets and exchange rates?

"We, unfortunately, have become hostages of global currency, and are forced to trade in international foreign currency. We have become addicted to it. I am not saying that we need to abandon dollars or euros in the Russian Federation. But we are well aware that we need to move to a different format. We need to realize our capabilities, to defend our interests. We were bending over far too long. Perhaps the processes that occur in Ukraine and the consequences for the Russian Federation will make politicians, financiers, and owners of large enterprises use their brains. Clearly, integration and cooperation is wonderful, no one disputes it. But we must understand that in any war, if we are armed with foreign technology, in the event of war, when it becomes really necessary, it can quickly become useless. There is the concept of "service base." We may stop getting ammunition if the manufacturer is on the side of our enemies, or due to some other circumstances. Therefore, our internal stability, our internal security system should be self-sufficient. It is time to think about it."

A viewer wrote: "Russians and Ukrainians have never been brothers and will never be brothers. Why should we bother?" There are different Ukrainians. Generally, are we one people, or different?

"I think while we have common main psychological traits, Ukrainians are different for a few reasons. When I served in the army, we had a saying: "A Ukrainian is not a Ukrainian without stripes." Ukrainians are very ambitious, unlike many Moscow or Leningrad guys. Ukrainian could not leave the army without stripes. You can compare what has been happening in our Duma and in the Rada over the last 10 years. Temperaments are different, and perspective is different.

But again, we need to understand that Ukraine is not heterogeneous. Western Ukraine is very different from the East. There are genetic differences and susceptibility to protest. During the Great Patriotic War, we fought with Bandera, chased Forests brothers in the woods not only in western Ukraine, but also in the Baltic States. These territories were annexed by the Soviet Union only in the 1940s. The population did not even have time to fully integrate. Young people have acquired new worldviews during the period of existence of sovereign states.

Unfortunately, we see that the escalation of tension continues. The basis for any coups is, of course, information warfare that is ongoing on all fronts. There is a huge amount of misinformation, substitution of concepts. This is psychological warfare whose goal has always been to demoralize the enemy and uplift the morale of the army."