Russia will spend over 600 billion rubles on the World Cup. The funds will be allocated by the federal budget, regions and private investors. In June, the government adopted a program to prepare for the World Cup FIFA 2018, and is now discussing the allocation of resources and responsibilities between federal entities.

The Director of the Department for Relations with the Regions of the organizing committee "Russia 2018" Denis Polyakov said that half of these 600,000 will be allocated from the federal budget. Russian regions will provide 15 percent, and the remainder will be given by investors investing their money in commercial infrastructure. This part so far is the murkiest in the preparation for the World Cup. 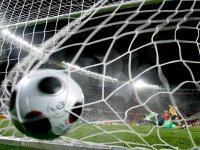 Preliminary projections made a year after FIFA's decision on the venue of the championship showed that of the money that the government will allocate, 200 million rubles will come from the federal budget and 100 billion rubles will be allocated by the regions. Now these amounts are revised in different ratio.

FIFA has tough infrastructure requirements. As Vadim Trukhachev, former employee of the Russian Olympic Committee, a sports journalist, explainedto Pravda.Ru,  the minimum capacity of the stadium must be in the order of 30,000 spectators, and an airport should be located no farther than 100 kilometers from the venue. Much will depend on how the regions receiving the 2018 World Cup will invest in this infrastructure.

The program was developed by the Ministry of Sports of Russia. "A tremendous job has been done to prepare the infrastructure. We have collected and analyzed data on the current state of the infrastructure in all regions hosting the World Cup," the Minister of Sports and Chairman of the Organizing Committee of "Russia 2018" Vitaly Mutko explained the process. "There is no other such program. Over 1,000 objects have been analyzed. As a result of this work, we chose the optimal scenario of preparing training infrastructure under which we have selected only the objects instrumental for hosting such a large-scale event. These objects may yield maximum returns on investments in the long term and leave a legacy of the 2018 World Cup, contributing to regional development and economic growth of the country."

Director of the Institute of Strategic Analysis FBK Igor Nikolaev explained that the amount to be spent on the World Cup exceeds the annual federal spending on health care by 15-17 percent. He said that "as for private investors, they are not that solid. If they invest, they would do it in the hope of some preferences from the federal budget. But there will be more problems than in Sochi. Investments in the main capital in August showed the result nearly four percent lower than in August of last year. That is, there will be money, but the price will be very high. "

The regions definitely know where the money should be spent. According to the FIFA requirements, World Cup hosts have to provide 12 modern stadiums. Some regions have a much easier situation, for example, in Kazan a stadium was built for the Universiade-2013. Construction of stadiums is currently ongoing in St. Petersburg, Moscow, Sochi and Saransk. Arenas are being designed in Nizhny Novgorod, Volgograd and Samara.

Funds will also be directed at improving the capacity and partial restoration of certain airports that will receive the World Cup participants and fans.

The 2018 World Cup will be held in 11 Russian cities: Moscow, St. Petersburg, Yekaterinburg, Kazan, Sochi, Rostov, Kaliningrad, Saransk, Volgograd, Rostov-on-Don and Nizhny Novgorod. As previously reported, of the total cost of the World Cup, 320 million rubles will be allocated for the construction of stadiums for soccer schools.

The decree covers 34 regions of Russia, and most of them have been allocated 8,421,000 rubles. There are regions - record holders that sent sums that are much larger - 16,842,000 rubles. With this money, football fields will be built in Dagestan, North Ossetia, Krasnodar Territory and Tula region. It is not ruled out that the World Cup 2018 championship will bring practical benefits to the country even before it starts. At the very least, it can reanimate children's sports, which is a guarantee of Russia's future sports victories.