The United Arab Emirates (UAE) plans to invest five billion dollars in the construction industry of the Russian Federation. The projects will include new roads, airports and technologically advanced telecommunications. Gulf petrodollars are looking for a stable economic and political system, and the Russian infrastructure requires reliable investors. 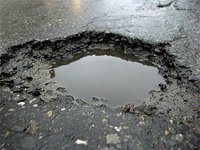 The credit for this notable transaction goes to Kirill Dmitriev, a former banker of Goldman Sachs. The agreement was reached last week at a meeting in the Kremlin between the Crown Prince of Abu Dhabi Mohammed bin Zayed Al Nahyan and President of Russia Vladimir Putin.

"We have very good prospects and a good growth trend. Great opportunities are opening up in the area of investment cooperation. I am pleased with the agreement on cooperation with the Russian Direct Investment Fund, and possible investments of up to 5 million dollars in the joint work. I am hopeful that this work will continue to develop successfully, and of course we will support it in every possible way," Putin said.

The Crown Prince, Deputy Supreme Commander of the UAE Armed Forces, replied that he had confidence in the Russian market. He added that this was the reason why they chose Russia and expressed hope that joint investment projects will be carried out successfully and become more numerous.

The Department of Finance of the UAE will invest in joint projects with the Russian Direct Investment Fund (RDIF), the closing statement said. The amount of Russia's possible contribution was not stated. A few months ago RDIF successfully signed an agreement to establish an investment fund with a sovereign (government) fund of Abu Dhabi Mubadala Development Company. Under the terms of the agreement, each party will invest $1 billion in the joint venture, and the fund will invest in RDIF projects.

Road and other infrastructure has always been the weak point of the Russian economy. For the FIFA World Cup 2018 alone Russia has to build 7.7 thousand kilometers of roads and 2,000 kilometers of railways. This, according to experts, will cost $35 billion. This problem prevents modernization of Russia and attraction of foreign investment in industrial projects, so the initiative cannot be underestimated.

"We believe that we can deliver attractive returns on investment in the Russian infrastructure," said Kirill Dmitriev, CEO of RDIF. Dmitiriev is a great choice of the Kremlin for the position of the Fund Director established in June of 2011 on the personal initiative of the president and prime minister of Russia. A graduate of Stanford University and Harvard Graduate School of Business, early in his career Dmitriev worked as an investment banker at Goldman Sachs in New York and a consultant at McKinsey & Co. in Los Angeles, Moscow and Prague. In 2011, he became the only Russian in the ranking of the "100 most influential professionals in the private equity industry in the last decade," according to Private Equity International magazine.

Dmitriev is familiar with the inner workings of the western financial system and made ​​a bet on Arab sheikhs. He insisted on the appointment of Ahmad Mohamed Al-Sayed, the Executive Director of Qatar Investment Authority, a consultant of the Fund and immediately announced possible cooperation with Qatar. About a year ago, he made ​​a good deal with China Investment Corp and with support of a Kuwaiti investment company has created one of the largest private equity funds in Russia, Russian Association of Venture Capital (RAVI) with a capital of $500 million. This is his new success as a state employee.

Experts are very positive about the deal because this is more than an agreement about unclear intentions, and the investment agreement is expected to be completed within a month. The first objects for investment may be the Central Ring Road, reconstruction project of the federal highway M11, as well as projects in the field of telecommunications and power grid infrastructure, Kommersant reported. Considering the negative dynamics in the Russian stock market, one of the main types of investments in the Russian economy for non-residents is direct investment, said analyst of Investkafe Timur Nigmatullin. He believes that the activity of RFPI with government guarantees will allow reducing the risk of such investments and reducing the outflow of capital from Russia expected to exceed $70 billion by the end of 2013. Russia's benefit is also the fact that powerful financial institutions in the Persian Gulf are doing a PR- campaign for the Russian investment market by setting an example.

This is the second visit of the Arab crown princes in the last month. Recently Saudi Crown Prince, head of the General Intelligence Bandar bin Sultan, visited Putin. According to Reuters, he offered Putin an economic deal and a contract for purchase of Russian weapons in exchange for Russia stopping assistance to the government of Bashar al-Assad. Without doubts, the Syrian issue was discussed at a meeting with the Prince of Abu Dhabi, given his high military position. The UAE is a strong ally of the United States and Saudi Arabia agreed to provide their military assets for a possible military action against Syria.

Amid fears of an impending attack on Syria, stock markets in the United Arab Emirates and other Gulf countries continue to trend downward. Is it time to look for the opportunities of investing petrodollars in the stable Russian system? Of course, so far it is not that much money compared to the recent investment of emirate of Abu Dhabi in projects in Turkey in the amount of $13 billion, but the more wealthy sheikhs are involved in the Russian economy, the more cautious they will be in terms of their political preferences.