Financial paradise in Luxembourg may go down in flames

It is not ruled out that in the near future we may witness a fall of the last specimen of political longevity in the EU. When Prime Minister of Luxembourg Jean-Claude Juncker was summoned to the parliament for an explanation, analysts immediately began talking about his resignation. Luxembourg, a small country considered a financial paradise by many, may face emergency election. 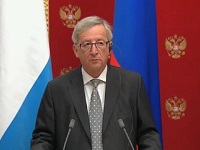 Luxembourg is on the brink of a deep political crisis, and in the near future the government is very likely to be dismissed. A high-ranking source said that a special election was possible, and official statements would follow soon. Luxembourg Prime Minister Jean-Claude Juncker was summoned to the Parliament where he talked about the facts of abuse of power by SREL intelligence service. Many MPs, including members of the Socialist ruling coalition, supported the allegations made by the prime minister. He is responsible for the security services, and the parliament believes that he was aware of their illegal activities. In Luxembourg people are talking about the split in the ruling coalition, possible resignation of the government and early elections.

The scandal over illegal wiretapping of local politicians by members of the special intelligence SREL and provision of security services for information gathering about individuals erupted in November of last year. Since then, the parliamentary commission investigating the case has gathered a number of facts that discredit the prime minister. This scandal is reminiscent of the bombing case in 1984-1986 when a series of 20 attacks took place in Luxembourg, including bombings of power poles. Local media see a possible involvement of the current prime minister in this story.

Only in 2007 the investigators managed to find two suspects, officers of Special Forces fighting terrorism in Luxembourg. They denied the charges, but during the search of their belongings a manual on creating explosives was found. In addition, the participation of experienced officers in these attacks explains how the organizers managed to escape from the security services. The investigation is still ongoing, but the local media have repeatedly published information that the attacks were organized with the tacit consent of the government. Juncker at the time held the post of Minister of Justice, and media believes that he was aware of the attacks.

Surprisingly, the investigation found a link between the bombing case and the spy scandal of 2012. As established by the parliamentary committee, from 2007 to 2008 SREL intelligence service wiretapped telephone conversations of employees of the unit investigating the bombing case. There is no direct evidence that Juncker knew about the forthcoming attacks, but regular media coverage significantly tarnished the reputation of the acting Prime Minister.

Experts note that on July 10, 2013, a split in the ruling coalition of Luxembourg has occurred. This indicates that in the near future early elections will be held in the country. Analysts believe that 58-year-old Juncker will not be able to win again. In the last parliamentary elections Juncker was supported by over 90 percent of voters. He is trusted by people and feared by competitors. Juncker has been the prime minister for 18 years. From 2005 to 2012 he served as the Chairman of the Eurogroup. He left this post voluntarily on January 1st of this year. During his long career Juncker has survived many political storms.

But the latest series of scandals, most likely, will put an end to his career as a politician. Experts do not rule out that the Prime Minister could be charged with abuse of power. Regardless of the legitimacy of the charges against the incumbent Prime Minister, the spy scandal unwinding in the investigative structures, parliament and the media looks like a well-planned media campaign whose main purpose is to discredit and remove from power a very powerful person in Europe. If the crisis deepens and the government resigns, a special election to the parliament is likely to be held in October of this year. The experts even named a possible successor to Juncker. A vice-president of the European Commission for Justice, Fundamental Rights and Citizenship Viviane Reding may become the next Prime Minister.

Money likes peace and quiet. Luxembourg is the largest tax haven in Europe. Therefore, the destabilization of the political situation in the country may have a serious impact on the banking sector. The Cyprus issue is still fresh in memory, and no one wants to see it repeated. Every depositor needs their funds to be in a safe bank with relatively high interest rates and minimum (or better yet zero) taxes. All this is possible in the heart of Europe - Luxembourg. The tiny Grand Duchy of Luxembourg that 60 years ago was among the six countries that gave start to the current European Union has a reputation of the primary offshore in the Eurozone.

According to official numbers, 141 banks of 26 countries operate in Luxembourg. Luxembourg is the world's second largest center for investment companies. The secret to this country's success lies in the clarity and flexibility. On the one hand, there are strict laws against money laundering and unconditional confidentiality of deposits, on the other - competitive tax policy and the government that quickly issues all required permits. The result of this policy is obvious. According to leading experts, individual and corporate clients from different countries have invested approximately 2.1 trillion euros in Luxembourg investment funds alone.

The managing companies of these funds barely pay any taxes. Numerous subsidiaries of large international corporations pay minimal taxes, which is allowed by the EU law. The financial sector provides the country with a very high rate of per capita income. The Grand Duchy of Luxembourg is a favorite place for keeping money for Russian, Ukrainian and Kazakh businessmen.

Many local companies that engage in registration of businesses have entire departments that exclusively serve clients from the post-Soviet countries of the CIS. Such popularity is explained by banking secrecy that exists in Luxembourg. Wealthy clients from post-Soviet countries are normally offered to open a small office or a mailbox. Such a company does not conduct any activity but only holds shares for profit. That is, Russian businessmen who earned a few million at home can buy shares to establish a company and receive dividends on an anonymous account in Luxembourg.

This is an ideal situation for businesses from all over the world. No one wants to ruin it. According to empirical evidence, the lingering political crisis affects the overall economic situation in the country. If political chaos ensues in Luxembourg, it will instantly impact the financial sector, and large businesses in many countries may suffer. Against the backdrop of the ongoing economic crisis in the EU and the problems with the Cypriot banks, the aggravation of the situation in Luxembourg could have serious consequences for those who had taken refuge in this financial harbor.