Is there glimpse of hope for Russian aviation industry?

Russia produces two dozen units of civil aircraft per year. The aviation industry is saved by military orders. The civil aviation industry as such is in a state of coma. The Superjet 100 did not work out. These passenger planes are barely bought by foreign carriers, and Russian carriers purchase them only because they have to. Last week, the President discussed the situation in the "United Aircraft Corporation" (UAC). This is a corporation established in 2006 that de facto controls the entire Russian aircraft building industry. However, there has been no breakthrough in the seven years of its existence. 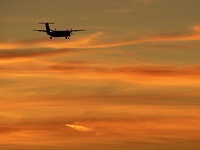 In the segment of passenger aircraft UAC produces IL-96, Tu-204/214, AN-148 and Sukhoi SuperJet-100. Everything is available in single units, therefore the production cost is very high, and the end products often do not meet the specifications. Mass production of a long-haul airliner Tu-204-300 that went through all the tests and has been certified has never commenced. Mass production of modified and traditional ultra-reliable machines like IL-76 and IL-86 was discontinued. A couple of AN units are assembled each year, and even that happens against the wishes of the UAC leadership.

In practice, one can only talk about small-scale production of Sukhoi SuperJet-100. In 2012, 12 aircraft were assembled. But according to many experts, this type of aircraft is not competitive. This was confirmed by the former Deputy Minister of Civil Aviation of the USSR, Honored Pilot of the USSR, president of "Partner of Civil Aviation" Oleg Smirnov.

"What did Pogosyan tell the President, and the President in turn told his colleagues from other countries? That the weight of the plane was such and such, the range and fuel consumption were such and such. When he showed the plane to Berlusconi and conveyed to him the data provided by Pogosyan, in a short time the Italians refused to buy the "Superjet" they've ordered earlier. Because all the numbers were a hoax. The aircraft was three tons heavier, the fuel consumption was higher, the payload lower, and so on. The aircraft is not competitive. I am surprised that the President has such people as his employees. This is alarming. When the President is deceived, the liars must be kicked out of his circle," Smirnov said.

Approximately $2.5-3 billion was allocated to the project SSJ-100 directly from the Russian budget. Initially, it was positioned as an off-budget commercial project. The money was spent on the aircraft half of which is imported. This was done at the expense of Russian development.

According to official data, the amount of public funding for research and development in the Russian aircraft industry in the period from 2006 to 2009 averaged only $0.4 billion dollars a year.

"The world has already established a certain level of spending on such equipment. Boeing, Airbus, Bombardier roughly spend a billion dollars from inception to completion. Our number is at least twice as high. There is a common thread in the President's speech - guys, we gave you billions. Where is the result?" Oleg Smirnov said.

It is obvious that the money could have been spent more effectively. The demand for SSJ-100 is not even a topic for a discussion. At the last air show at Le Bourget, European Airbus Aircraft Corporation signed contracts and memoranda on selling 466 aircraft at $68.7 billion. Boeing secured orders for 442 aircraft at $66.4 billion.

Direct competitors of SSJ-100, Embraer E175-E2 and aircraft company Bombardier, contracted for the amount of 200 and 62 units, respectively.

Sukhoi Superjet 100 can boast a contract for 20 aircraft. These units were ordered by a Russian leasing company "Ilyushin Finance" partly owned by the UAC. Such schemes are practiced for further leasing of the aircraft, but in fact they bought the units from themselves. Then these numbers under the guise of "positive dynamics" are included in reports to the President as evidence of the success of the civil aviation industry.

The only redeeming feature of the project SSJ-100 is the very existence of the project that somehow keeps the domestic power plants busy. The state program "Development of the aviation industry in 2013-2025" approved last year preserves the apparent lag of the Russian civil aviation.

There is a strong feeling that it was written for the leadership of the UAC that continues to pedal a frankly failed project SSJ-100 and the new MC-21 that so far only exists on paper. The program leaves only the "Sukhoi Superjet-100" and MC-21 promoted by the same group. Under this program Russia does not engage in the production of wide-body passenger aircraft.

What would this result in? TU and AN units are made from Russian components. The closure of these programs under the guise of the concentration of resources "on an extremely limited number of priority projects" would turn Russian aircraft factories into assembly plants with foreign components. This is the best case scenario. Russian engineers are already working mostly in Western companies. Losing highly skilled workers is everything that is left.