Nuclear technology may help Russia to get a respectable share of the European market. European Union Commissioner for Energy Guenther Oettinger said that the Union was not going to completely abandon nuclear power, and Deputy Director General of the European Commission for Energy Peter Faross spoke about the interest in the Russian technologies. 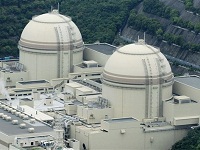 The global market of nuclear power plants is clearly divided between two major players - Russia and the United States. The technology is built in such a way that the choice of one partner predetermines the future vector of cooperation for years to come.

In this sense, the negative experience of the Ukrainian "Energoatom" operating four nuclear power plants in Ukraine is very telling. In 2008, "Energoatom" and American Westinghouse agreed on the supply of nuclear fuel ТВС-W (for Soviet reactors) for the planned restart of at least three units of Ukrainian nuclear power plants in 2011-2015. Since 2011, Westinghouse has exported to Ukraine 210 assemblies at approximately $1 million each.

In April of last year, there was malfunctioning of ТВС-W installations at the South Ukrainian nuclear power plant. They were associated with structural deficiencies of the manufacturer. Or, simply put, were not the right size. The American side represented by Westinghouse Vice President for External Relations and Strategy Mike Kirst tried to make fools of the Ukrainian experts, stating that the fuel for the South Ukrainian nuclear power plant was damaged during loading in nuclear reactors.

Now the Ukrainian side is preparing a lawsuit against the multinational company Westinghouse to receive compensation. The contract has a provision stating that if the installations of Westinghouse are located in the active zone along with the fuel of another manufacturer, the warranty does not apply. The Americans were able to cover their back.

The prospects of the EU are not very clear to Russian nuclear scientists. Last year, Russia's traditional partner Bulgaria spoke about their intentions not to build nuclear power plant "Belene" due to lack of funds. There is uncertainty with Lithuania's plans to build a new plant in Visaginas instead of Ignalina nuclear power plant that has been shut down. The general plan for the construction of the Baltic NPP in Kaliningrad that was initially focused on the export of electricity to the surrounding countries and Western Europe is undergoing changes.

During his visit to the construction site of the Baltic station, program director of the Directorate for Capital Construction of the state corporation "Rosatom" Sergey Boyarkin said that the state-owned corporation was considering additional low and medium power reactors at the site of the Baltic NPP. Most likely, one block of high power will be built at the station that will be complemented by reactors of medium and low power.

Installation of low and medium capacity reactors at the Baltic NPP is based on the plans to disconnect the power supply system of Estonia, Lithuania and Latvia from the common energy system with Russia declared by the EU and the Baltic countries. Implementation of these plans may result in the need for the power system of the Kaliningrad region to work in isolation mode," said Sergey Boyarkin.

In the case of its work in "isolation mode" the station will become Rosatom's most unsuccessful project. The annual energy consumption in the Kaliningrad region is not expected to exceed 6 billion kilowatt per hour, while the planned capacity of the Baltic NPP is 17.4 billion kilowatt per hour. Without exports to the EU the project will be disastrous. This is despite the fact that the Russians have tried to directly interest the French in the project, the most "atomic" among the Europeans. "Alstom" company won a tender for the supply of turbines for nuclear power plants under construction.

However, Rosatom has not lost hope for export. The construction of the reactors of different power will allow the station more flexibility in responding to ever-fluctuating demands in the EU, whose volatility is associated with a sharp increase in the share of wind and solar generation. In addition, there are positive signs. Recently, the EU conducted stress tests of nuclear power plants. After the tests the Euro Commission concluded that safety improvements at the European nuclear power plants would require 10 to 25 billion euros of investment.

Therefore, the statement of the Deputy Director General of the European Commission for Energy Peter Faross that the EU was interested in getting the best technology "regardless of its origin," expressed during the meeting of the thematic working group on nuclear energy in the energy dialogue between Russia and the European Union, looks very promising.

Meanwhile, today there are 132 operational nuclear reactors in Europe. Their gradual replacement with more modern and safe  reactors may help Rosatom to take a leading position in the EU. The Russian nuclear industry would have to compete with the U.S. Westinghouse and the French Areva.