American bloggers discuss the mass exodus of show business stars from California, where hundreds of expensive mansions were put up for sale at around the same time. Homes of Arnold Schwarzenegger, Charlie Sheen, Charlize Theron, Cher, Harrison Ford, Heidi Klum and other celebrities are up for grabs. What is hidden behind this escape from the American paradise? 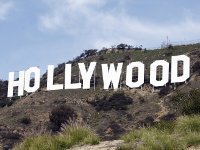 Bloggers recollect the time when many employees of the companies located in the WTC towers did not come to work on the day of 9/11 terrorist attacks. Some others refer to a nuclear warhead of the DPRK. However, the Californian luxury real estate market did not notice previous threats from the North Koreans. Numerous celebrities may have some insider information, some people say. They may also become an object of an information attack from real estate agents, others say. Is it possible that the rich became not very comfortable in the most comfortable state of the country?

The state of financial affairs in California is far from being perfect. The giant budget deficit of California is expected to reach $28 billion in 2012. The unemployment rate in the state remains one of the highest in the country - 9.8 percent. From 2007 to 2011, housing prices in California collapsed by 41 percent. However, all that did not trigger massive sales on the real estate market. In 2012, positive changes were noticeable.

Real estate in California is still in demand, and the market is quite lively. The average term of exposure of houses fell from 52.2 to 29.4 days in 12 months. In addition, this year, the pressure on mortgage housing market will continue to weaken. One in every 43 homes received a notice of the initiation of bankruptcy proceedings, but the alienation of houses by lenders last year dropped by 25.4 percent.

Last year, there were nearly half a million houses units sold in California - 447,573 objects. The average price made up 275,000 dollars, which was 10 percent higher than the prices in 2011, according to RealEstateRama.

The sales of expensive real estate have intensified. The implementation of property worth over 500,000 dollars in March increased by 34 percent compared with a year earlier. However, supplies on the cheap real estate market narrowed sharply. The number of objects priced below 300,000 dollars is almost 50 percent smaller.

In March of the current year, the average price of single-family homes in California reached the highest level in the past five years - 378, 960 for an object, the California Association of Realtors said. The Average price of homes in March OF 2013 was 28.2 percent higher than a year ago. It turns out that real estate grows in price, and the growing market does not push anyone to hasty sales.

It is quite possible that the matter is all about the increased tax burden. The trend of active emigration of a part of the artistic beau monde from California appeared a couple of months ago. As many as 55 percent of Californian electors voted for an increase in income tax for those who earn more than 250,000 dollars a year. This is a simple and effective solution, given that six percent of the state's residents are millionaires. The rate growth ranged from 11 to 32 percent, depending on income. As a result, the regional rate of income tax reached 13.3 percent, which became the highest index among the states in the country.

It seems that the state government is not very much concerned about the exodus of the rich, taking into consideration the fact that this is not the first tax increase since the early 2000s. Noteworthy, budget deficit has been growing along with taxes during all these years. Real Estate in California continues to enjoy great demand, which implies the replenishment of the tax base at the expense of immigrants.

The demand on the part of foreign buyers has long been a major engine of growth of real estate market in two most popular states among foreign property buyers - California and New York. From 2000 to 2010, the percentage of immigrants who have houses and apartments in California increased by 82.2 percent, and in New York - by 65.1 percent.

A substantial portion of transactions was conducted in cash, which is also a characteristic feature of foreign buyers.

Spokespeople for DataQuick real estate agency in San Diego said that purchases for cash totaled a record of 32.4 percent from last year's total sales of houses and apartments in California. This is significantly higher than in 1991, when cash reigned in the USA.

Overall, purchases without borrowing in the housing market of California increased by nearly 16 percent in 2012. In total, there were 145,797 apartments and houses acquired. Mortgage Bankers Association believes that by 2020, foreigners will account for more than a third of all homeowners (35.7 percent) and a quarter of all renters (26.4 percent).