Economy of Cyprus is going to be killed 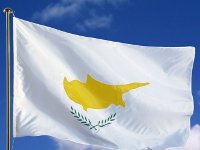 Cyprus will collect 3.5 billion euros from Russian citizens, taking into account the total amount of deposits. The country is in the process of discussing one-time write-off of 9.9 percent of all deposits exceeding 100,000 euros. Smaller deposits may expect a smaller collection of 6.75 percent. The outflow of Russian money from Cyprus is obvious, but the question is - where will it go?

All Cypriot banks are closed, and the government is trying to make a decision on the matter. Only one vote is needed to make a positive decision. To vote "for," the House of Representatives needs to obtain 29 votes, but it only has 28 so far. It was expected that the decision would be made before the start of the new week, and money from all accounts would be automatically written off before banks open. However, given the scale of the situation, passions ran high in the parliament. They say that it is too late for the MPs to argue. At this stage, the banking system is highly likely to collapse no matter what decision is going to be made.

As a timely decision has failed, President Nicos Anastasiades delayed the vote on the law till Monday. Banks in Cyprus will open on Wednesday. Meanwhile, people have been trying either to cash out money from their accounts or transfer their funds somewhere outside the country since Saturday, when the news of the impending decision was revealed. However, banks introduced restrictions on the above-mentioned operations before depositors managed to take any action. Now, as soon as the banks open, people will immediately withdraw all their money from Cypriot banks. It does not even depend on what decision the parliament may take. The credibility of the Cypriot authorities has been undermined, and investors no longer feel safe. Who knows what kind of law the parliament may take tomorrow?

Earlier, the EU promised to financially support the Cyprus banking system in the event of a positive decision and sent two representatives to the republic, Forbes said. The EU is ready to give 10 billion euros. However, many analysts agree that the amount will not rescue the Cypriot economy. No assistance can save the economy if it is dead, and they are going to kill the economy of Cyprus indeed.

What is happening now in Cyprus looks like panic. People are lining up at ATMs, all banks are operating even on weekends, albeit internally, and the parliament does not take a minute to rest. However, it is not only the Cypriots who are worried about the current state of affairs in the country. Cyprus was considered one of the largest offshore centers and a state with lowest taxes in the EU, which, of course, attracted many foreign investors. However, the attractive financial environment of Cyprus has been losing its appeal for quite a while. And now, as it seems, the country is about to step into the ice age.

The Russians are also very much concerned about the news coming from Cyprus. According to the Financial Times, the amount of deposits of Russian Federation citizens in the republic varies from 8 to 35 billion euros. If so, Russia may pay from 800 million to 3.5 billion euros in taxes to the government of Cyprus in the event the country makes the above-mentioned decisions. Russian President Vladimir Putin said that the move was not fair, RIA Novosti reported with reference to Putin's press secretary Dmitry Peskov.

"Well, first of all, it goes about big businessmen rather than common Russians," Ekaterina Kondrashova, an analyst with Investkafe told Pravda.Ru. According to her, not very wealthy citizens keep their deposits either in Russian banks, or in other European countries, but not in Cyprus.

"I think that the introduction of such a tax will simply trigger an outflow of Russian assets to more favorable areas, where deposits will not be taxed, or where they would be taxed to the minimum. This could be Malta, Bulgaria,  or Latvia that reduced the tax burden last year to attract investment to the country. I think that it will not lead to highly serious consequences, other than the redistribution of financial flows. People will move their assets somewhere else. I suppose that the impact on the Russian economy would be minimal," the analyst said.