Barents Sea of discord for Russia and Norway

Norway has recently announced the discovery of large oil and gas reserves. The reserves were found in the section of the bottom of the Barents Sea, which Russia had passed over to Norway. The Norwegians rub their hands with joy, while the Russian media draw analogies with other Russian territories that were gifted to other countries and where priceless energy resources were found later. In reality, it is not that simple ... 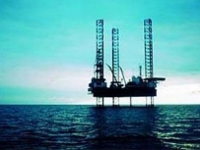 Something good happened after the agreement with Norway in 2010. This Scandinavian country is very similar to Russia in terms of its dependence on oil and gas exports. However, the long-operated fields in the North Sea have been depleted, and Norway, slowly but surely, was rolling down into the poor future.

"These results presented today show that the south-east in the Barents Sea is the most interesting of new areas of the Norwegian continental shelf," PR Manager Norwegian Petroleum Association, Geir Seleset, told BarentsObserver happily.

Basic agreements on the status of the above-mentioned areas of the sea somehow include the questions of Svalbard archipelago. According to the agreement in 1872, the right for Svalbard was solidified simultaneously for Russia and Sweden, with Norway being a part of it back during those days. During the Civil War in Russia, in February 1920, eight countries (the U.S., Denmark, France, Italy, Japan, Netherlands, UK and Sweden) without the approval of Russia, gave Norway sovereignty over Svalbard.

It was a splendid gift, although it came with a trick. Norway was only entitled to own and develop the land. The sea around Svalbard and the continental shelf remained a free zone.

Moreover, according to the contract, there were favorable conditions provided for foreign transnational corporations, should something be developed in the region. The export duty on Svalbard should not be higher than one percent of the maximum value of exported minerals within 100,000 tons. If the volume of exports is higher, it is the reduction factor that should work. In general, Norway did not receive much from the gift.

During the 1930s, the Soviet Union joined the agreement from 1920 with a right to conduct economic activity on the island. Noteworthy, the USSR considered the document from 1920 discriminatory. In 1926, Moscow established the borders of maritime territories in the region, using the principle of sector division. End points were located in the North Pole and the extreme point of the land boundary, between which the straight line was drawn to separate the waters. The Norwegians used the demarcation of the median line between the insular territories of the two countries. The result was a controversial area of ​​about 155,000 square kilometers. It was a piece that exceeded all Norwegian maritime territories in the North Sea.

Despite the fact that the 1920 Agreement did not allow Norway to consider the waters around the archipelago as its territorial waters, Oslo does its best to demonstrate that it owns this territory. Norway thus practically annuls the agreement from 1920. Several provisions, signed by Russia in 2010, are also very ambiguous. For example, in Article 2 the Russian side refuses from "any sovereign rights or jurisdiction" of the Russian Federation on the other side of the demarcation line, where Svalbard is situated.

Wanting more and refusing from the 1920 agreement, Norway gives up sovereignty over Svalbard, because this is the only agreement on which Oslo can count on our full jurisdiction over the island. Thus, the situation rolls back to the agreement of 1872, when the status of Svalbard was determined by only two states - Russia and Sweden-Norway.

The USSR and Sweden were sharing the shelf and its underground wealth. Moscow knew that the area was rich with hydrocarbons. Soviet researchers were providing reports on the reserves, although there was no precise data available. However, the area was not divided and neither side was able to safely develop oil production in the sector.

A big part of the agreement was devoted to hydrocarbons. It contained detailed description of how the parties would be sharing the fields on both sides of the demarcation line. Such emphasis suggests that conditional demarcation lines were laid to deliberately divide the existing fields into Russian and Norwegian sectors to organize joint production there.

The agreement between the parties expressly states the principle that the field, crossed by the line of demarcation, could only be developed together as one single unit. Such an approach allowed to effectively settle any disputes over the distribution of hydrocarbon resources. The exploitation of a hydrocarbon deposit, which extends to the continental shelf on the other party, could only be started in accordance with the provisions of the merger agreement, the document said.

One can only guess what kind of merger agreement it could be. Actually, Appendix 2 to the signed agreement was just the very part that started it all. Russian began the Arctic race in 2007, when a flag was planted on the bottom under the North Pole. This pushed a number of countries that had access to the Arctic to be more interested in the Arctic area.

Norway was one of them. The territorial dispute between Russia and Norway lasts from times immemorial. In 2010, Russia handed over a part of the disputed territory of the Barents Sea to Norway. In return, Russia received no obstacles from Norway in building the Nord Stream, and the territorial dispute was removed from the agenda.

In 2012, major oil companies of the two countries signed an agreement to work together. In May 2012, Rosneft and other companies agreed to work together on the shelf of the Barents Sea and the Sea of ​​Okhotsk, both on the Russian territory and on the Norwegian shelf. The level of Russia's participation in the production on the area that was passed to Norway will be the most evident indicator of the effectiveness of the agreement for the Russian side. In this case, the agreement of the Russian Federation and Norway will remind of an agreement between neighbors to share existing stocks equally.

What about the protagonists of the agreement from 1920? It does not seem that they will be satisfied with Oslo and Moscow's decision to push them aside by means of the bilateral agreement. It turns out that they are already in the business. Moreover, it appears that they seem to agree on the proposed terms and quiet cancellation of the agreement in 1920.

Rosneft's partners on the shelf are Exxon Mobil (U.S.), ENI (Italy) and Statoil (Norway), which also works with Exxon Mobil. In return, foreign partners pay for exploration and provide an opportunity for Rosneft to buy a stake in their foreign projects. As for Britain, in the autumn of 2012, Rosneft and BP agreed to buy back the share of the latter in TNK-BP. In addition, the British company will receive two seats in the board of directors of Rosneft (there are nine positions there in total).

Oslo about oil, Moscow about Svalbard

A share of synchrony in the actions of the two countries suggests that the parties continue to move within the framework of one single plan. On February 27, the Norwegian Petroleum Directorate presented optimistic data regarding oil and gas reserves on the new territories. It was also said that in the beginning of March Deputy Prime Minister Dvorkovich chaired a meeting of the government committee on the Russian presence on Svalbard. Russia plans to create a multi-functional research center on the island and extract minerals as it is planned in the strategy of the Russian presence on Svalbard before 2020.

The very next day after the announcement, the Norwegians announced the discovery of reserves on the newly received territory.

In light of the above, it appears that this is only a question of political will that can be demonstrated with scenes of Russian fishermen being accompanied by Russian military ships and planes without much fear of running into an international scandal. Afterwards, they will approve a new political reality in the form of free fishing and the existence of the Russian part of Svalbard with  additional agreements.

Last Wednesday, the Ministry of Defence of Norway sold the base of submarines that was closest to the territory of Russia to investment group TrikoAS. Investors plan to use it to organize oilfield service for deposits.