Russian vodka is a word combination that everyone is familiar with. Vodka is a product that represents Russia on the international market. Around the world, many people believe that vodka can be only Russian. However, there was an incident, when Russia had to prove its "copyright" for the beverage at court. At first, the brand attracted the attention of descendants of Russian immigrants. Afterwards, Poland stated that vodka was its national product. 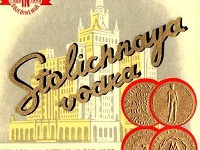 In the autumn of 1977, a national issue was discussed. Does the USSR has the right to produce a product called "vodka"? The West began to question the right of the Soviet Union for the production of the beverage. The lawsuit was far-fetched. West entrepreneurs wanted to appropriate the profits from the sales of vodka. A number of Soviet vodka brands were boycotted in order to prevent "the illicit enrichment of plagiarists." A number of American companies began to claim the right to use the name "vodka." They would assure everyone that they began to produce vodka before the USSR.

Initially, Soviet foreign trade organizations initially treated such claims with haughty condescension. Many Russian industrialists fled from the revolution to the U.S., where they opened vodka-making companies (in 1918 and later). In the Soviet Union, according to the decree from the Central Executive Committee of the Communist Party, the industrial production of vodka was started only after 26 August 1923.

In December 1917, the Soviet government banned the production of vodka in the country. Vodka had not been produced for six years. However, the "dry law" was introduced by Nicholas II after World War I. Afterwards, the ban for the production and trade of spirit and vodka products was extended by the Provisional Government.

Therefore, the Soviet Union did not ban anything, but only confirmed the previously existing regulations regarding "a temporary ban on vodka." It proved the continuity of the state monopoly and its right to suspend, interrupt and resume the production on their own. Therefore, the date of 26 August 1923 had no relation to the beginning of the production of vodka in the Union, nor did it have anything to do with the question of the priority of the name "vodka" as the name appeared long before 1923.

Therefore, the international arbitration court ordered the countries, claiming authorship and exclusive use of the traditional Russian name, to provide convincing evidence to prove that vodka was actually invented on their territory. All foreign vodka companies immediately withdrew their claims to priority of the invention of the Russian vodka.

The first victory was not easy at all for our country. The Ministry of Foreign Trade was thrilled with the victory and acted light-mindedly afterwards. No one expected a stab in the back from the brotherly Poland.

Poland stated that Poland's territory was a territory of the Kingdom of Poland, the Grand Duchy of Lithuania, the Polish-Lithuanian Commonwealth, which included the Great and Little Poland, Mazovia, Kuyavia, Pomerania, Galicia, Volhynia, Podolia, Ukraine and Zaporozhye Sich. The Poles declared that vodka was invented on those territories and was produced on the Polish territory before it came to the Russian Empire, Muscovy, Old Russia and so on. Therefore, the Poles claimed, the right to sell and advertise products on the international market under the name "vodka" belonged only to Poland, while the Soviet goods "Moskovskaya Osobaya", "Stolichnaya", "Russkaya", "Pshenichnaya" and other export vodkas, had to be renamed, because they were supposed to be deprived of the right to be called "vodka." Poland had a vested interest in obtaining international monopoly on the product.

The Soviet Ministry for Foreign Trade did not attach any significance to the threat. How could anyone seriously consider a claim from a member state of the socialist camp? What nonsense!

However, the global market does not take into account such notion as tradition. It requires legally, history-proven and very reliable evidence that establishes the date of the invention of vodka, the first export of the product abroad and the commencement of commercial production. Only exact dates confirm the right of ownership.

The world market considers itself a democrat: the rights are the same both for a great power, and for a small European country. "Historical tradition", "common practice" was nothing but emotions, unworthy of discussion. The market is rigorous and practical - everything has to be documented. The arguments of the Soviet side - "the whole world knows," "it always has been so" - were rejected.

The date of the invention of vodka had to be provided not only by Poland, but also by the Soviet Union to establish the truth. The court had to decide which country had the right to be the sole producer of the product.

In early 1978, the parties were given time to gather evidence. The Soviet Ministry of Foreign Trade was still unaware of the seriousness of the situation. Soviet officials thought that the issue of priority of the name "vodka" was not serious. They thought that it was an easy task that one person could quickly handle. After six months of fruitless research, it turned out that there was neither  the date of the start of the  production of vodka, nor the literature on the history of its production. Even state archives had no information about the invention of vodka.

The Ministry of Foreign Trade finally realized that the issue was unusually complex, and that its solution required the support of experts. A research had been conducted by the spring of 1979. The research contained detailed answers about the invention date of the beverage, and also explained the reason why it happened at that particular moment of time. Poland failed to prove that "gorzalka" was created before the middle of the XVI century. The International Arbitration Court found the arguments about the creation of vodka in Russia in the mid XV century convincing.

In 1439, monk Isidor of Chudov Monastery, located on the territory of the Moscow Kremlin, created the first recipe of the Russian vodka. He became the author of a brand new alcoholic drink, because he had appropriate education, curiosity and distilling equipment.

Already in 1533, the state introduced a monopoly on the production and sale of vodka in "tsar's taverns." In 1982, by the decision of the International Court of Arbitration, the Soviet Union received the right to create original Russian vodka as a drink.

Thanks to the litigation that the USSR won in 1982, there are museums of vodka in Russia. In Uglich, the hometown of vodka king Smirnov, the supplier of the Imperial Household since 1866, the Municipal Museum of the History of Russian vodka opened in 1998. The Museum of Russian vodka opened in Smolensk in 2003. Another museum of vodka was located in St. Petersburg before 2006 and then was transferred to Moscow.