Who will save Cyprus - Russia or EU?

Cyprus may lose financial support from the EU due to "suspicious ties" with Russian oligarchs. According to information published in Spiegel magazine, the German Federal Intelligence Service suspects that the loan, which the EU and the IMF may give the country, will only sweeten the life of Russian businessmen who keep their money in Cyprus. 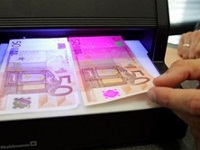 It was written in Monday's issue of Spiegel magazine that "the report from the German Intelligence Service showed who would benefit most from the infusion of billions of euros of European taxpayers." First and foremost, it will be "Russian oligarchs, businessmen and mobsters," says the German publication. In addition, Spiegel criticized Cyprus for complicity in the "laundering of illegal money."

It was said that the German intelligence allegedly had information about 80 Russian businessmen who benefited from the loyal attitude of the Cypriot authorities and acquired local citizenship, which helped them to replenish their capitals illegally. The names of those tycoons and "mafia mobs" were not mentioned. However, German intelligence claims that there is a total of $26 billion on the accounts of Cypriot banks. This money belongs to Russian entrepreneurs and was supposedly obtained through dishonest transactions. According to German intelligence, this amount exceeds the GDP of Cyprus that makes up a bit more than 17 billion euros. There are 2,000 Russian firms officially registered in Nicosia, the capital of the republic.

Germany said in this respect that it would think about giving the loan to Cyprus, but there will be a number of requirements that Cyprus will have to meet. The Social Democratic Party of the country under the chairmanship of Angela Merkel is going to discuss the business model of the Republic of Cyprus. As stressed by Carsten Schneider, an MP from the Social Democrats, "we can not protect the deposits of Russian mobsters using the money of German taxpayers."

"Russian oligarchs or not the most honest Russian business keep money not only in Cyprus but also in the banks of other countries, too, - German international journalist Alexander Rahr told Pravda.Ru. - But the situation is really emerging now so that Cyprus, following Greece, becomes the country with most serious financial problems.

"If Cypriots seek money in the International Monetary Fund, then, as in the case of Greece, the IMF will demand they should conduct most transparent policy. They will have to expose all accounts, show how much they need, and how much they spend. There will be radical screening conducted of all their bank transactions. And Cypriots may indeed face problems in this regard, and the problems can be even bigger than those in Greece, Italy, Portugal and Spain - the countries that also receive money from the IMF and the EU. Cyprus was considered a haven for offshore companies, primarily from Eastern Europe. There will be investigation conducted, of course. After all, if Cyprus banks actually have money, then why do they need to get money from Western taxpayers?" Alexander Rahr said.

The Cypriot authorities were incredibly surprised and disappointed with such unexpected attacks from the EU, to which they were forced to go seeking assistance. The banking system in Cyprus has felt the unpleasant echoes of the EU decision about massive rescue of Greek government bonds. The republic was not able to conduct the recapitalization of leading financial institutions single-handedly. Meanwhile, experts believe, the need for external borrowing of Cyprus nears the size of the country's GDP and makes up 18 billion euros.

The chairman of the Government of Cyprus Stephanos Stephanou said that the article in the German publication was nothing more than a provocation. According to him, the authors of the article wanted to undermine the reputation of the island state as a center of investment. He also reminded that the law of the republic is directed against any type of money laundering in local banks. When asked about the presence of Russian capitals in the banks of Cyprus, Stephanos Stephanou said that, apparently, Russian citizens were attracted by the financial system of the Republic and its benefits. Meanwhile, there is double taxation in Cyprus towards many countries, including Russia.

"Certain media outlets like to occasionally "attack" the Russian business or portray the Russian capital as something more dangerous or dirtier than other capitals - we know this. But if the Cypriots seriously work with the IMF and European institutions, if they prove that the money is legal and that it is invested in the economy of Cyprus, then the question of providing assistance to Cyprus would not arise."

Stephanou also said that in October last year, a committee of the Council of Europe assessed the Cyprus legislation and found it satisfactory. Moreover, a committee of the G20 and IMF structures praised the efforts of the Cypriot authorities in the fight against the laundering of illicit funds.

Apparently, EU leaders became suspicious about Cyprus after the country asked for help from Moscow in June. The government of the republic asked Russia for another loan in the amount of 5 billion euros. Cyprus has previously received a loan of 2.5 billion euros, which the Russian authorities gave the island nation at the end of 2011.

Meanwhile, Russia responded evasively to the request of another loan. It would be necessary to negotiate this with the EU, Russian officials said. Thus, Cyprus, which already suffers from financial difficulties, was caught in the middle. Waiting for help from all sides, "the offshore haven" risks to lose everything. Now the country can only wait who is going to help first - the IMF with the European Union or Russia again.

"Countries such as Greece and Cyprus are more likely to seek help in Russia in the future rather than in the IMF, because Russia holds largest foreign exchange reserves after China. In turn, it is very profitable for Russia to invest in other economies and help other countries, and she can do it.

"But the money must go through government channels, and not through offshores. Cyprus and Greece are the countries that will be getting loans from Russia in the near future, simply because the Europeans are running out of money," Alexander Rahr said.

16:24
Relations between Russia and Japan tumble down to zero
16:02
Expert explains why Russia withdraws troops from Snake Island
15:58
DPR may not execute British mercenaries
15:55
ASOS in its latest update mocks Russians because of the sanctions
15:23
Finnish FM: Trust between Moscow and the EU will be restored
14:40
Inflation in Italy reached its highest level in 36 years in June
13:35
Spiegel: Germany demands Lithuania to lift the ban on transit to Kaliningrad
12:29
Henry Kissinger: There are three possible outcomes of the Ukraine crisis
11:53
Putin's decree causes securities of Japanese companies to fall
11:28
Russia lifts all coronavirus restrictions as COVID-19 incidence falls 64 times
World
Putin answers to Ukrainian's HIMARS with Sarmat and S-500