Russian bees can stand summer heat, but not WTO

Last summer was very difficult for the Russian farmers who lost the fight against drought in nearly all agricultural sectors. The only segment that partially resisted the impact of natural anomalies was beekeeping. The representatives of the industry from the foothills of the Altai regions collected twice the yield compared to the harvest a year ago. 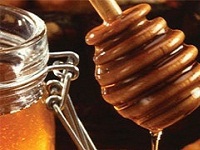 Merciless heat that seized the Russian territory in July has caused worry for the beekeepers from all over Russia. Acacia and linden honey are collected first in different parts of Russia, but this summer, beekeepers were disappointed, because the heat and drought caused these plants to emit very little nectar. In addition, the density of nectar significantly impeded its harvesting.

In the Altai region beekeepers were not left empty-handed, though the honey collected from acacia and linden did not have the characteristic light color. However, the dark color of the product did not derail the Altai beekeepers, because its taste is equally sweet, and the price is higher than that of the light honey. Meanwhile, only Altai mountains could boast a good harvest of honey while in the rest of the country, especially the steppe, a deplorable situation has developed.

Pessimistic forecasts of the beekeepers began to appear in mid-summer, when cold June was followed by a hot July, and it was obvious that most honey plants would die from the heat, and the bees will have nothing to collect. Soon beekeepers of Moldova became alarmed about the wintering of their bees. As explained by the National Beekeepers Association, one bee family requires eight pounds of honey for the winter, and there is nowhere to get them from, because the drought has affected the sunflowers and wild plants. According to a representative of the Association of Beekeepers, a year ago, a family of bees collected at least 14-15 kg of honey from sunflowers, and this summer in northern Moldova they would collect a little more than five kilograms of honey, and in the center and south - only about two-three kilograms.

Another problem was the possible reduction in egg production of queens from the August heat. As a result, beehives may not have young bees that provide high-quality wintering for bee families. Thus, a dry summer may be disastrous for the beekeepers, whereas in other parts entire villages survive due to this ancient craft.

In late July, beekeepers of Kuzbass have suffered, where the industry has sustained two blows. Not only the heat has "dried" the honey plants, but the main source of honey in the Kemerovo region - Angelica - was struck by the blossom beetle. As a result, the harvest from the flowers of Angelica was extremely small.

Against the background of these alarming reports coming from all over Russia, the price of honey began to rise. It would seem that beekeepers, whose year has been more fruitful, should be pleased by higher prices for a product in this segment. First of all, Altai that in 2012 collected more honey than in the previous year should have rejoiced.

But Russia's entry into the World Trade Organization was very untimely, and resulted in the fact that foreign honey at a very low price has entered the market. Thus, local beekeepers will have to either reduce their prices and sell honey at a loss or find new ways to sell their products, for example, focusing on its naturalness. The fight will be extremely difficult because the surrogate coming from abroad may be several times cheaper. At the Altai honey markets there is honey at the price of 28 rubles per kilogram, while a kilo of the honey collected by local bees costs 80 rubles.

Yet, credit must be given to the authorities of the Altai Territory, who are aware that beekeeping is one of the main economic sectors of the region. As a result, local beekeepers receive good support. The industry was allocated a special place in the regional food industry development strategy until 2025. During this time, there are plans to boost processing of honey and related bee products produced in the province. The introduction of the latest technology in the mechanism of processing the full range of bee products is also expected.

In addition, the regional authorities are planning to spin the brand "Altai honey" in the market in order to increase the competitiveness of domestic products of beekeeping. As part of the "promotion" the authorities will pay attention to all kinds of marketing services and focus on the development of eco-tourism in the Altai. According to the calculations of local officials, 176.7 million rubles will be invested in the development of the industry, of which 56.7 million will be received by the enterprises of the Altai, and the remaining 120 million will be taken as a loan. As a result, the regional authorities are counting on an increase in processing of honey produced in the Altai, to 4 thousand tons per year.

In addition, the product range on the basis of honey and other bee products will be expanded, and the quality will be improved. If the goals are achieved, "Altai honey" in the WTO may well be competitive in other countries as a high-quality, natural product from the mountainous regions of Russia.