Hunger and malnutrition may kill millions of people in 20 years. The global tragedy is likely to be caused by three interrelated factors: fluctuations of food prices, extreme weather conditions and climate instabilities. The contradiction between the growing human needs and objective limits of resource become more and more serious. 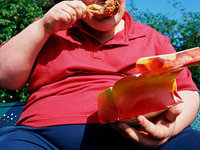 Food and Agriculture Organization of the United Nations (FAO), the International Fund for Agricultural Development (IFAD) and the World Food Programme (WFP) released another intimidating statement connected with the growth of global food prices.

"The current situation in world food markets, characterized by sharp increases in the prices on corn, wheat and soybeans generated fears of the repetition of the world food crisis of 2007-2008," the statement said.

Back then, the growing food prices led increased malnutrition in Niger, Chad, Mali, Mauritania and Burkina Faso. The food crisis also led to civil unrest there. This year, the food crisis may affect the Middle East - Yemen and war-torn Syria in the first place.

The authors of the statement said that coordinated international actions may help cope with the local crisis quickly. They called for immediate action to prevent another large-scale food disaster in the coming months. Typically, the UN food departments see salvation in financial handouts to the crisis-stricken countries that give local authorities a possibility to buy foodstuffs. This is what they call "fast and coordinated international effort."

According to the World Food Programme (WFP), every ten-percent increase in the price of the food basket means that the programme must seek additional $200 million a year to spend the amount on food aid. There were three jumps in food prices during the recent five years. At the same time, UN agencies say that high food prices are just symptoms, not a disease.

"When the international community takes urgent measures to prevent price shocks, one must also struggle with the root causes of this increase," the statement said.

Many officials say that mankind should reconsider, if not a diet, then the sources of production of vital proteins. Ecologists and economists have repeatedly proved that the modern system of agriculture is flawed in terms of excessive focus on cattle-breeding. In its present scale, cattle-breeding is one of the main industries that pollute air, ground and water. The industry is also a huge consumer of resources.

Thus, more than half of all cultivated lands in the United States are occupied by forage crops. In other words, harvests are fed to livestock. Afterwards, harvests return to American people in the form of burgers. According to the UN, "even in good years, the global production of maize can hardly satisfy the world's need in food." In the USA, more than 90 percent of maize is grown for fodder. If the criticism of modern-day cattle-breeding on the part of vegetarians is primarily of humane character, then numerous rational arguments, supported by calculations of ecologists and economists suggest that the further development of this path will lead the world into a deadlock.

There are about 7 billion people living on Earth at the moment. However, the number of domestic animals on the planet nears 17 billion. All of them drink, eat and defecate in much larger quantities than humans.

Cattle consumes enormous amounts of fresh water and food grown by mankind. This is clearly an inefficient way to live, isn't it?

As the UN Food and Agriculture Organization predicted, the food production will have to be increased by 70 percent by 2050 to feed the population of the planet. The demand on livestock products will continue to grow in the coming decades. The meat consumption is expected to grow, by almost 73 percent by 2050, while the consumption of dairy products - by 58 percent compared to the current level of consumption, FAO experts said.

Meanwhile, the further expansion of agricultural areas for the production of animal fodder and the growing number of the livestock population may trigger an ecological disaster and lead to millions of hunger-related deaths.

In turn, the further deterioration of the environmental situation may lead to climate changes. According to forecasts from Oxfam charity organization, Oxford, it is droughts and floods that will cause a sharp rise in food prices in the coming years.