Fears of a repeat of the 2008 Food Crisis

The United Nations Organization sees signs in the current situation in world food markets that point towards a possible repeat of the world food crisis in 2007 and 2008, when prices of staple foods skyrocketed, creating instability which led to huge social upheavals. Measures are needed in the short, medium and long term, state experts from the UN. 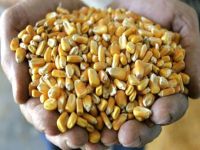 The directors of three United Nations food and agriculture agencies issued a joint statement on September 4 warning against a looming food crisis which has the hallmarks of the 2007 and 2008 food crisis which saw prices of staple products spike, having enormous social and political consequences.

José Graziano da Silva, the Director-General of the UN Food and Agriculture Organization, Ertharin Courins, Executive Director of the UN World Food Programme and Kanayo F. Nwanze, President of the International Fund for Agricultural Development, stated "The current situation in world food markets, characterised by sharp increases in maize, wheat and soybean prices, has raised fears of a repeat of the 2007-2008 world food crisis".

However, the statement continues, "Swift, coordinated international action can stop that from happening". This action must be taken in the immediate, medium and long term. According to the paper, the short-term measures must involve a coordinated plan to create a response by food producers to counter spikes in prices of food, and to create more transparency in global food markets. This means the construction of safety nets safeguarding poorer consumers and producers, nutritional support for mothers and children and school meals.

For this, "countries must avoid panic buying and refrain from imposing export restrictions which, while temporarily helping some consumers at home, are generally inefficient and make life difficult for everyone else". High food prices, for the authors, are the symptom and not the disease, "so while the international community must take early action to prevent excessive price increases, it should also move to act on the root causes behind such surges".

Long-term policies include investments in agriculture, concentrating on smallholders, the implementation of sustainable food policies in poorer countries which import food, make more food available in local markers, providing jobs and income "in the rural areas where 70% of the world's poor live".

While the increasing population and climate change have created stresses on food distribution, there can be no doubt that this paper and the policies it fosters is a clear condemnation of the situation in which prices are controlled by food brokers gambling on futures and pie-in-the-sky concepts which have real knock-on effects on the food we buy.

Once again, the capitalist market-oriented casino economy is at work, and its disgusting consequences are visible.

Only with the intervention of the States can there be sustainable policies immune from the effects of this virus spread by corporate greed.

We are speaking of the food we place on the table for our families.