Euro cuts Spain to the quick

Another wake-up call for the government of Mariano Raho rang on May 30, when stock indexes fell to the record lows, while the yield on ten-year government bonds reached 6.7 percent of risk. The ruling Popular Party (PP) has entered into an alliance with the opposition Socialists and prevented the investigation of the scandal with the bank Bankia.

In March alone the country's citizens withdrew from their deposit or transferred to other countries 70 billion euros. Investors are pulling their money out en masse as well - 97 billion euros in the first quarter of this year, representing 10 percent of GDP, which is also a record number. The situation is complicated by the unprecedented unemployment - 25 percent, which rules out a possibility of reaching an agreement between the unions and the government and stimulates the growth of the movement of "dissatisfied." The debt crisis in Spain changed to the economic one, then crisis of trust, and now - bank crisis.

Spain's banking system was unregulated, i.e., unaccountable to the government in terms of the credit policy. This led to a diversion of budgetary funds, abuse, accumulation of "bad" loans and bankruptcy. The largest bank in the country, Bankia, on May 25 formally asked for help from the government in the amount of 19 billion euros. The catastrophe is comparable to the collapse of Lehman Brothers in the U.S. in 2008. It is expected that Bankia will be followed by other banks. On May 30 the interest rate on sovereign debt securities of Spain reached 6.7 percent, that is, neared the values ​​that have forced the government of Greece, Ireland and Portugal to turn to Brussels for financial assistance. 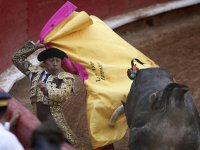 On the same day, Bankia's President Miguel Fernandez Ordonez, number four in the PSOE (Spanish Socialist Workers' Opposition Party), asked for early resignation because PP has not supported his intention to speak in the Parliament on the issue of bank failures and banking crises. The European Central Bank (ECB) has refused to adopt Raho's plan to recapitalize Bankia both through the old mechanism and through the new European debt securities.

The developments suggest that Spain cannot do without the financial assistance of the ECB and the IMF. This "aid" will cost hundreds of billions of euros, which is several times greater than has been granted so far to Ireland, Greece and Portugal combined. Will the EU reserve cope with this volume? According to the calculations by the HSBC agency, assistance to Spain will be provided next year and will reach 450 billion euros, of which 100 billion will go to banks. Edward Hugh, an independent economist from Barcelona, ​​is more pessimistic. According to him, an attempt to save Spain is likely to occur in July in the amount of 500 billion euros, and the "bank recapitalization" will be allocated from 150 to 200 billion euros. He sees the main difficulty in the fact that Spain is too big to let it fall, and too big to save.

Meanwhile, Mario Raho, who has been holding the post of Prime Minister only for five months, is mercilessly criticized for his lack of understanding of the catastrophic situation - he does not want to acknowledge his own insolvency and appeal to the EU for help. According to Spanish press reports, at the critical moment he acts hesitant because he does not have any international experience or knowledge in the field of economics, or public confidence. For example, after the collapse of markets on Monday, he held a hurried press conference, and could not explain where the money for recapitalization of Bankia would come from in the face of rising public debt and the policy of austerity measures.

In addition, the government and the PP strenuously oppose the discussion of the causes of Bankia bankruptcy in the parliament. Secretary General of the opposition PSOE Alfredo Rubalcaba also remains stubbornly silent. Everything has a simple explanation if you look at those in leadership positions in the savings banks of the country until recently. In most cases, they were representatives of the ruling party or PSOE that was in power earlier.

Meanwhile, the newspaper El Pais published a list of people who, condoned by the regional authorities, are directly responsible for the largest bankruptcy of the financial system in Spanish history. The publication accuses them of financing speculative urban projects, the ruinous state construction projects, such as empty airports that fueled corruption schemes, and even distorted accounting. Today, they were allowed to retire and are getting paid millions in bonuses and compensation.

Among them was, for example, Iskerda Aurelio, CEO of Bank of Valencia, a subsidiary of Bankia. He received compensation of 14 million euros in pensions and compensation for early retirement. Jose Luis Pego, director of the Novacaixagalicia bank, for the first nine months was paid 18.5 million euros of compensation, of which 7.7 million for the fact that he retired early, the rest - bonuses for "work." Member of the PSOE, the former president of bank Caja Castilla - La Mancha in cahoots with the leaders of the autonomy put his signature on the project to build a completely useless airport at Ciudad Real, spending nine billion of the state money.

Some economists on Wall Street have predicted that Spain will come out of the euro area rather than Greece. Matthew Lynn from the British consulting firm "Strategy Economics" believes that Spain has at least six reasons for it.

In addition to dubious ones, such as the political independence and great prospects in Latin America, it indicates at least one correct one - it is a strong real economy. Spain is the fourth economy of the Euro zone and provides 12 percent of its total GDP. The share of exports to GDP is 26 percent - this is quite comparable with the UK, France and Italy. In this respect, the rejection of the euro and the transition to the peseta would lead to losses, and it will not be as critical as for example, Portugal, and the real sector will quickly stabilize the country.

But the main problem of the country is not Brussels that does not want to save Spanish banks, and not Rahoe who does not want to ask for help. The main problem is the division of Spain into 17 autonomous regions - in fact, states within the country, with their claims to Madrid, overgrown bureaucracy, and ambitions. The autonomies must return 36 billion euros in loans to the budget this year, of which 15-16 billion, as Madrid hopes, will be used to fund it. However, these hopes were dashed in late May when the largest autonomy - industrialized Catalonia - announced that it was no longer able to refinance its debt of 13 billion euros, effectively acknowledging its bankruptcy.

Where will Rahoy get the money from? He did not explain, confining to promise to prevent the bankruptcy of the autonomy. But in two years Rahoy must give fiscal sovereignty to the Government of Catalonia, and then it will be not too far to the national sovereignty. In 2015 the Catalan government will hold a referendum on this issue - and then, farewell to Spain.