The Russian Government refused to introduce a separate tax on luxury, Sergei Shatalov, deputy head of the Finance Ministry said. The ministry has thus supported the initiative from the Federal Tax Service. The department said in March that it would be more reasonable to improve the old taxes, rather than introducing new ones, Lenta.ru reports. 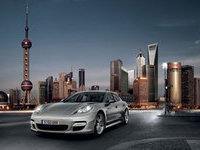 The new suggestions from the Finance Ministry regarding the taxes on real estate and excessive consumption appeared in the draft of the basic directions of fiscal policies in 2013-2015, Vedomosti reports.

According to Shatalov, wealthy individuals will pay additional funds in the budget through the increased tax rate on the vehicles whose performance exceeds 410 h/p. In addition, the authorities will introduce the tax on real estate. For expensive real estate, the taxation system is expected to be progressive from 2014.

Shatalov also paid attention to the fact that the increased rates of the transport tax would not be applied either to the vehicles produced before 2000 or to sports vehicles.

Thus, the tax will touch upon the owners of nearly 20,000 cars, and nearly 8,000 of them live in Moscow and the Moscow region. It goes about such luxury cars as Lamborghini, Maybach, Maserati, Aston Martin, six-liter Mercedes and BMW of the seventh series.

The Russian authorities have been discussing the issue of the introduction of the luxury tax for several years already. The initiative of the new tax particularly comes from leftist parties. However, the State Duma decided to decline the initiative from the Communist Party and Just Russia.

In 2011, the idea of the luxury tax was approved by Prime Minister Vladimir Putin, which attracted attention to the subject again. Officials with the Finance Ministry said at the end of April that the rate for such a tax may make up one percent. As for the notion of "luxury," it goes about the property worth more than 300 million rubles ($10 million).

Should luxury be taxed in Russia, the economic effect from the new taxes is going to be minimal. The move will not increase the budget of the country considerably.