Russia and Iran to punish the West with rubles and rials

Against the background of frightening statements that sound from the Western and Israeli politicians about the imminent attack on Iran, an active war in the economic area has been ongoing. In early January of 2012 news agencies spread the message that Tehran and Moscow abandoned transactions in dollars and euros in favor of rubles and Rials. 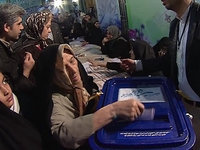 Note that this decision was made after the sudden drop of the Iranian Rial value in January (by more than one-third) in relation to the US dollar. According to Tehran officials, this was due to the machinations of the West and anti-Iranian hysteria.

Following this development, international interbank transfer system of information and payments SWIFT used for financial interaction between Western and Iranian companies has ceased its work in the Islamic Republic.

Despite these significant and seemingly purely economic things Westerners talk openly about the fact that the next steps against Iran are due to the desire to further punish Tehran for its nuclear program.

What consequences will be there for Iran? Is Russia able to really help to minimize the costs of termination of SWIFT? Ivan Rodionov, professor at the Institute of Economics, shared his thoughts in an interview with "Pravda.Ru":

"First, if we talk about the fact that Tehran and Moscow could abandon transactions in dollars and euros, unfortunately, this is something of a PR nature and is more a political gesture. It is unlikely that they will be able to completely switch to the Ruble and Rial. Several issues should be considered.

We are sellers, and the market is determined by the buyer. The latter has the obligation in terms of purchase of the national currency. It looks pretty and is a good PR, but it cannot have any economic sense because commissions will consume all possible benefits.

As for our work there, it still turns out that for the transactions with each other in Rials and Rubles, we will have to spend money on their purchase, and pay the commission because the assets are largely in other currencies. And for Iran to pay in Rubles, it has to buy them with the US dollars. Accordingly, to pay in Eials Russia will have to buy them. It does not make much economic sense.

In particular, for individual companies, for whom buying Rubles and Rials, given the commission, will be an additional expense and source of difficulties in doing business. Indeed, nearly all joint projects are implemented on a credit basis, and this, taking into account the possible transition to the national currency, becomes difficult for both taking loans and for credit institutions that have prevailing order of payment in dollars and euros.

With regard to the work of Russia's major companies, for example, supplying equipment for the nuclear industry, they are getting paid for the equipment made in Russia in Rubles.

As for the fact that the West has blocked SWIFT in Iran, for Tehran it is not a catastrophe. Of course, now the financial transactions in the Islamic Republic are somewhat inconvenient. However, this is not a big deal. First, SWIFT is not the only such system. Second, the West created more problems as a result of this decision not for Iran but its own importing companies.

The Islamic Republic imports a very wide range of goods from Europe, including oil and gas equipment. These suppliers as a result of the decision face obstacles in receiving their money. As for Russia, SWIFT system is simply not required for the implementation of military-technical cooperation.

Mostly Iran is of interest as an oil and gas market. However, Iran retaliates and limits the supply of oil to the Western markets. Due to the fact that the sources of hydrocarbons in the world are plentiful, such a limitation for the West is less than effective. For example, for the western buyer it is not particularly important where exactly to buy oil from.

As for Russia, though at first glance these innovations do not provide tangible benefits, it makes sense to support Iran in this endeavor. With regard to possible agent mediation services between Western and Iranian companies, the earning potential is insignificant. The important issue here is that the West will not limit itself with Iran and already nearly openly declares that it is unfair when one country - Russia - disposes of such volumes of natural resources. All these things are dominated by pure politics.

Now they are trying to shame Russia saying that we are protecting the country that is supposedly creating nuclear weapons. But, remembering the experience of Iraq that was also falsely accused of the presence of weapons of mass destruction, this is not very believable."