Waste not, want not: 6 billion USD in food is wasted every day 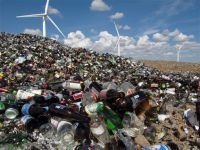 The culture of waste and disposal, not only of resources but also energy and finished products, has suffered a blow in many societies. The new concept to make sparing use of natural products those available in the consumer market is gaining more and more new fans in an attempt to reverse the heavy damages caused by the improper use of scarce resources.

The idea to use and throw away and reuse what can be improved, to recycle everything that can be transformed into something new has changed since paradigms established long ago. Not flushing after little use and recycling almost everything are precepts that grace the idea of ​​sustainability. Essentially, these are words of a world order which we hope to at least balance, conscientious to our Mother Earth. As far as what not to waste is concerned, water and food are by far the "champions of waste."

What to recycle?
When it comes to recycling, it is worth asking: what should we recycle? The answer is simple: everything that we can. Components of urban materials, newspapers, magazines, and some types of paper (only one ton of recycled paper keeps 20 trees alive). Commercial packaging (cardboard and bottle caps), from glass (bottles, glasses, pots and shards) to plastics (pipes, tubes, PET) to clothes and shoes, tyres and even cars and aircraft. All this can be recycled.

Only in this last example, aviation, it is interesting to note that Boeing, Airbus and Alenia Aeronautica have been working to dismantle the idea of ​​aircraft efficiently reusing the most diversified high-value composite materials for the manufacture of lighter aircraft. The best estimate is that in this sector by 2023, more than 4,000 aircraft in operation today will no longer fly. In this "stock", 85% of the components can be reused.

The idea of ​​recycling is called the basis of energy savings, as opposed to disposal of the economy, at least over the last seven decades, which "produced" products and resources with the largest pile of discarded garbage in history.

Sharpening the debate in a recent article entitled "More Savings, Less Resources," Lester Brown points to the gains of the recycling process. Here, in detail, are some parts of of the summary. Consider that, according to Brown, " steel made from scrap consumes only 26% of energy compared to that made with iron ore. For aluminum, the figure is 4%. Plastic uses only 20%. And recycled paper, 64%, with far less chemicals used during the process. If the global recycling rate of these resources were equivalent to those already adopted by more efficient economies, carbon emissions would fall quickly. "

The most interesting point is to practise and propagate the process of recycling which permeates this procedure for nearly all productive sectors, generating considerable savings in raw materials and energy.

Notice the following: A third of world energy consumption is based on the activities of the industries of steel, plastic, cement and paper. In manufacturing, the petrochemical industry is the great "devouring" power on a global scale. Alone, the aluminum industry, another major consumer of energy, accounts for almost 20% of industrial energy use.

So... Recycling steel, widely used in automotive industries, household electronics and construction seems to be one of the most interesting outputs. As an example, let's see that in the United States virtually all cars are recyclable. There the idea of ​​leaving rotting cars in a used car junkyard is not conceived. To have an idea of ​​the importance of recycling, it is appropriate to point out that in the entire volume of a car almost 40% is composed of metal and plastic parts of good quality.

In some places, specifically the recycling of cars, there has been a decrease in the rate of robberies and thefts. Buenos Aires, since 2007, for example, has experimented with this exciting idea. Argentine insurers cede the stricken cars to the recycling center and receive 40% of profits from the sale of parts. The rate of vehicle thefts fell by 70% since the opening of the first unit of recycling vehicles. In Brazil, the entire fleet goes out of circulation each year and less than 2% is to address a new recycling facility.

Food waste
When it comes to domestic issues, leaving little side notes about the recycling, do we take note of food waste? In Brazil alone, according to estimates, 26 million tons of food are wasted every year. When we throw food in the garbage, we're playing with a bit of fertile land, clean water, oxygen, labor used, the time available. For every kilo of wheat "spoiled" also spoiled are 1,000 liters of water.

The culture of wasting a single product triggers a series of other acts of waste that sometimes are not counted. Unfortunately, according to the FAO (UN Food and Agriculture Organization), Brazil is among the 10 countries that waste more food in the world. About 30% of all agricultural produce goes to waste. That means tons of food on the table could be of use to more than 40 million Brazilians who are hungry every day. According to the Social Service of Commerce (SESC), "R$12 billion (6 billion USD) in food is thrown away daily, an amount sufficient to guarantee breakfast, lunch and dinner for 39 million people."

Unfortunately, every time we ignore the order to recycle and do not give due importance to the duty not to waste, whether we are speaking about food or supplies of any type, we are helping to destroy the house that welcomes us. Planet Earth, our only known address, is hurting more and more with each act of our full social and environmental irresponsibility. It is past time to change the game. Either recycle and avoid waste, or perish soon. The choice is ours! 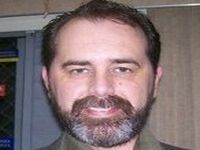 Marcus Eduardo de Oliveira is an economist and professor of economics at FAC-FITO and UNIFIEO in Sao Paulo. He writes for the site EcoDebate, the site "The Economist", Zweli News Agency (Angola) and the journal Diário Liberdade (Galicia, Europe). Contact: email - prof.marcuseduardo @ bol.com.br