Euro may not survive this Christmas 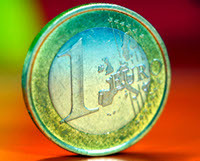 Experts continue to bury the euro. Jacques Attali, the former president of the European Bank for Reconstruction and Development, said that the euro would only last before Catholic Christmas. There is no more than a 50/50 chance for the euro to survive until this Christmas, the economist said.

Russian experts say that one should not take such pessimistic forecasts for granted. However, they add, Russia should keep this possibility in mind.

According to Attali, it will be possible to rescue the euro only if the EU takes urgent measures. The EU must give the European Central Bank a permission to buy state bonds of the crisis-hit countries of the Eurozone. The bank would also have to establish the supranational control over their budgets and partially deprive those countries of a part of their financial sovereignty. To crown it all, one would have to introduce changes in the EU legislation.

The main threat is coming from Italy, German Chancellor Angela Merkel and French President Nicolas Sarkozy stated after the meeting with Italy's new Prime Minister Mario Monti. Italy's debt collapse will inevitably mean the end of the euro, the officials said. The leaders of the three largest economies of the Eurozone said that they would do their best to prevent the collapse of the European currency.

The IMF has prepared a special loan for Italy. The loan may vary from 400 to 600 billion euros with the interest rate from 4 to 5 percent per annum.

The loan will temporarily remove the need to refinance Italy's debt. The Italian authorities will thus obtain from 12 to 18 months to cut public spending and conduct other reforms. Italy's public debt makes up 1.9 trillion euros.

According to the European Commission, the growth of the Italian economy will slow down next year from 0.5 to 0.1 percent. Official forecasts are higher - 0.7 percent in 2011 and 0.6 percent in 2012. The country will not be able to have the non-deficit budget in 2013. Italy will reach 1.2 percent of the GDP in the best scenario (currently -4.6 percent), experts of the European Commission said.

In the meantime, Spain has already warned other EU members that it could also ask for help. The debt virus continues to attack other countries of the European Union. On Friday, Standard & Poor's downgraded Belgium's credit rating from AA to AA+ with a negative forecast. Belgium's economy is one of the most open ones in the Eurozone. Any negative action taken towards its rating will seriously affect the country's economy, the agency said.

Russia may suffer serious problems from the possible financial collapse of the Old World. The euro makes up 41 percent in the structure of Russia's international reserves.

Some experts believe that Germany and France simply can not turn their backs on the support of the Eurozone. European analysts and economists may make such statements to intimidate the weaker economies of the region, which do not want to cut their public spending or fall under the financial control of Paris or Berlin.