Give direction to the movement 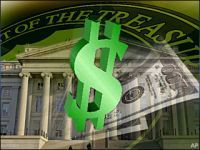 1. Protests are growing against the intolerable injustices suffered by people in much of this world. In Spain, Italy, Greece and Portugal there are major events, triggered by the brutal increase of the sacrifices required of those already sacrified, by the International Monetary Fund and the European Central Bank in order to benefit European and U.S. banks. [1]

2. A similar experience was supported by Latin American countries. Including Brazil, which is far less than you think away from another crisis in external accounts, accompanied by worsening of already degraded living conditions of most of its population.

3. Attention is also deserved towards the manifestations of civil resistance in the U.S. and the UK (England), headquarters of the financial oligarchy that controls world tyranny. Especially, "Occupy Wall Street," which points to the correct target: large international banks, which controllers and associates not only dominate finances, but also oil, armaments, the mainstream media, the chemical-pharmaceutical industry and so on.

4. In short: hubs of economic and financial power practice increasing political absolutism, being in charge of the "democratic" governments elected by money and media. These are just the managers of "democracy" and the cynicism that gives this name to the tyranny that calls oppression a freedom and defending human rights, the genocide committed against nations with weapons of mass destruction.

5. If, in many countries, there is some awareness of the source of the problem, people seem anesthetized by the opium of misleading TV. Government deputies paint everything pink, as if there were no reason for protests against the status quo, while opponents, even more submissive to the empire, try to capitalize on those outraged by the corruption.

6. The promoters of the marches "against corruption" do not understand or pretend not to understand that - although it is practiced by many politicians and public servants - the mega-corruption begins in the private sector, especially in foreign-based transnational corporations, major beneficiaries of public policies implemented.

7. Since then, it increasingly became legal, and not identified as corruption, the corrupt mega-market that delivers the exploitation of cartels and oligopolies and has denationalized the private productive sector, privatizing to almost totality companies and state-owned banks besides putting what's left of the public sector into full service of large companies, mostly foreign.

8. The concentration of the economy in the hands of transnational corporations could only result in what happened: recurrent crises in the external accounts, which generate the foreign debt. When they swelled with interest to lead to the point of default and the consequent forced damping of expansion (late '70s, early '80s), the internal public debt emerged, in constant growth.

9. This constitutes a huge burden, which prevents the development of a country, reducing to ridiculous levels of investment for the federal government and states.

10. They are bleeding people to spend large sums for services that should be public, free or affordable in the areas of health, education etc.. And suffer losses from inadequate sanitation, transport and energy unjustifiably expensive, due to privatization and the lack public investment in infrastructure that it can still provide.

11. The poor and middle class are poorly attended to or not at all, because they cannot pay for clinics, hospitals and private schools. Quality, moreover, is questionable and favored by the market that the state gives them, while not providing these services to society.

12. This year, in eight months, only automakers moved abroad with more than $4 billion in profits recorded, which does not include gains from underpricing exports and overpricing of imports or overpriced or fictitious services paid to headquarters .

13. Now and again, foreign automakers have been blessed with protection of the "domestic industry" by elevations of import taxes for imported vehicles, allegedly to prevent the "invasion" of Chinese and Korean cars. Local automakers are free of the tax increase.

14. The root of these problems are inclusive of the internal debt, of which interest is the biggest expression of the submission of the country to financial enslavement, on unjustifiable levels according to the parameters that mark the taxes out in the whole world. Therefore, the debt came from the capitalization of interest, with banks and financial investors included as the main beneficiaries of the economic and political model.

15. To conclude: without leadership capable of understanding the large draining, and identifying the causes, there is no way that any popular movement can lead to changes that are needed however much momentum is gained as a function of the unbearable conditions of the life of the people.

* Adriano Benayon is a PhD in Economics and author of "Globalization versus Development."