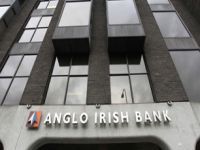 Dear friends all over Europe,

Unbelievable, they're doing it again. Our governments are giving even more taxpayer money to the banks!

Yes, we need to secure Greece to save it and save Europe. However, the current recovery causes us, the taxpayers, to pay the banks for 90% of their foolish investments. The Greek people do not receive a penny of this investment and we give a ton of money to rich bankers. And even worse - 30% of our money goes to the speculators who will make a huge profit by speculating on the rescue!

How on earth is it that our governments have made a plan to rescue banks and speculators, are flooded with our money, yet Greece is left with nothing?

The answer - they asked the bankers to write the agreement. Our finance ministers will meet to decide on this plan in a few days - let's send to our legislators ./ parliamentarians a huge warning asking them to return the rough draft of the project and rescue Greece, not the banks:

At a time when money is tight everywhere and our most important social programs are being cut, governments are giving way to the powerful banking lobbies. However, they say they are also concerned that some banks may not withstand the loss of their Greek investments and will fail if not rescued.

But when we get into trouble and ask for help from a bank, they do not give us money free of charge, but a loan or an investment. Now the banks are in trouble and are coming to us. Why should we treat them differently? Instead of donating money to them free and clear, let's offer a loan or to invest in the banks and ask them to pay us back - the taxpayers - at a healthy rate of interest

This is what Gordon Brown did in the U.K. and Obama did in the U.S. - when the banks were in danger of failing, they were not rescued simply with money, they made loans and investments. Only one year later, taxpayers profited from the business!

This business is corruption, pure and simple. There is no public interest argument to give banks and speculators an amount of money like this, but there is reason to try to protect public finances. Instead of giving this money, we can invest in Greece and in the skills of our own societies to recover and rebuild from this financial crisis. It's time for our politicians to stop hiding behind complex agreements written by bankers. Let's say no to this outrageous bailout and ask them to come back with something sensible:

Very often, the economic future of our societies and the possibilities for our children are decided behind the scenes by corrupt interests of those who are watching their profits, not people. This is one of those moments. The bankers and politicians think that all of this is too complex for the public to understand or even be interested in. Let's show them how wrong they are.