In war for gas, Ukraine turns to Norway 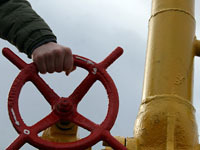 Ukrainian Prime Minister Mykola Azarov refused to accept the Belarusian option of cooperation on gas with Russia proposed by the head of "Gazprom" Alexey Miller. According to the chairman of the Ukrainian government, Belarus and Ukraine have their own ways.

On August 15, Russian Prime Minister Vladimir Putin at a meeting with his Belarusian counterpart said that starting the beginning of 2012 Minsk will be receiving Russian gas at discounted prices.

Currently "Gazprom" has a 50 percent stake in the Belarusian gas transportation company "Beltransgaz", and until recently there were talks about buying the remaining Belarusian shares.

Vladimir Skachko, a Ukrainian political analyst, editor in chief of "Kiev Telegraph," commented on the situation for "Pravda.ru": "The situation with gas talks between Russia and Ukraine is clearly at an impasse. The gas transmission pipe is the last major asset and emergency supply of any Ukrainian government and it will fight to the last drop of blood for it. They expect to use the pipe as a club against their neighbors.

The situation is such that they are not successful at repeating gas wars. Earlier at the summit in St. Petersburg, the parties agreed regarding the responsibility of the three parties in case of a possible disruption of gas supplies. We are talking about the gas producer (Russia), transit (Ukraine) and consumers (EU).

If the government now expects to win the support of the West in the gas war with Russia, it is miscalculating. Yanukovych does not have a halo of a martyr for the ideals of the democracy. On the contrary, many in Brussels and in Washington are dissatisfied with him for a bias towards authoritarianism. The case of Tymoshenko is indicative in this respect from their point of view.

In 2009, at the height of the gas war, Yulia made an agreement with Russia that was disadvantageous for Ukraine. Yes, she formally received the 20-percent gas discount, but under the conditions that overweighed all the benefits. TYmoshenko, making such an agreement, has acted as a political adventurer, guided by a short-term profit in the spirit of "I'll do it today, but think about it tomorrow."

In April of 2010 Yanukovych extended this agreement and secured additional benefits. Moscow reduced the price of gas by almost a third of the cost of natural gas to European consumers in exchange for an extension of the lease of the naval base in Sevastopol. But even then the price of gas for Kiev was overwhelming.

Nearly none of the goods manufactured in Ukraine are in demand on the markets, ranging from the chemical industry to metal industry. There is no money to cover these budget gaps.

Another former Ukrainian president Leonid Kravchuk said that in the economic matters, the head of the Ukrainian state "has to be a nationalist." And Yanukovych, who simply has nowhere to go, proves it in practice with his behavior.

When Azarov in his commentary about the gas issue stated that "Ukraine is not Belarus," he was absolutely right. Ukrainian and Belarusian society are fundamentally different. Unlike Ukraine, Belarus is a relatively monolithic country where the opposition sentiments are inferior to pro-government ones, while in Ukraine the situation is totally different.

Any government that has made a concession to Russia on gas transit system runs the risk of provoking the growth of dissent, including separatist. In other words, it is at risk to be thrown down.

At the moment, there is no obvious solution of the perceived conflict. Neither Ukraine nor Russia is currently capable of making mutual concessions.

If you look at it from Russia's standpoint, it has made many steps towards Ukraine, and from the standpoint of the Russian leadership this cannot go on indefinitely. A specter of a gas war is looming on the horizon, and this time it may become the last one for Ukraine. Russia has launched the "North Stream". If the "South Stream" is put into operation, Ukraine will have nowhere to go.

The situation is complicated by the fact that Ukraine may attempt to use the "gas deal of Tymoshenko" in its own interests and file a claim with the Stockholm Arbitration Court. Whose side the court would take is anyone's guess. This does not eliminate the issue. As a result, the Western consumer may suffer again. To avoid this, the EU could somehow get involved in the process and cover the cost of the Ukrainian gas. However, in the current difficult economic situation in the European Union the western aid is unlikely to arrive.

To avoid the gas war, not beneficial to anyone, the Russian and Ukrainian leaders should make reciprocal steps. They should do everything to prevent the development of the situation according to the most negative scenario. Let them meet in whatever setting, formal or informal. The situation should be put out of the impasse."

The expert quite rightly pointed out that Russia cannot make endless concessions. Kiev declared the necessity to base the gas calculations on the economic realities, so they should follow their own rule. Ukraine is a fully independent country from Moscow, and it does not get tired of repeating this. However, the independence is shown not only through loud political statements, but also economic achievements. In fact, Ukraine in this situation simply does not want to recognize the fact of its bankruptcy caused to a great extent by the former and current leaders.

Those from Donetsk who came to power in Ukraine feel that the current gas prices are "unfair." Well, the Soviet days are gone. This is a market situation and Kiev has the right to look for gas at cheaper prices, and inquire about prices for Qatar and Norway gas.

As for the Russian position, another "step forward" for Moscow would mean that it would sell the gas below its market value. If so, then there is a situation in which Belarusian and European partners are also entitled for a revision of their gas contracts.