The US Debt - A Glass Ceiling?! 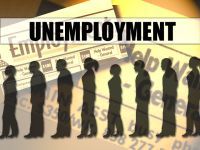 There have been talks of a hyper-inflation hitting the markets in the US if the dollar were to collapse due to the ongoing debt crisis that has been temporarily stalled. Temporary because this crisis is like a time bomb with a short fuse. That is unless the glass-ceiling is broken and the debt becomes limitless or infinite.

While the numbers of the debt owed look astounding and seem impossible to ever even repay, the US establishment hasn't paid a penny so far in interest, let alone the principal on the loan!

With the US dollar being the International Reserve Currency (IRC), the world financial system may not let that happen since it will affect everybody around the globe due inter-linked economies. But yes, China Russia and a few others are contemplating the replacement of rhe dollar with a neutral or a new system of currency as the IRC.

That again may not happen in the immediate future, but one danger which I foresee is not the collapse of the US dollar, but its devaluation. That may result in inflation of prices of basic things like even bread or milk in the US. If this were to happen, some are afraid that gangs may take to the streets as happened during the aftermath of Hurricane Katrina or the very recent riots that rocked a sleepy and complacent England

This fear is based on the fact that many Americans will be caught unawares as their paper based investments may suddenly vanish into thin air and that they would lose their life savings. I certainly hope not for the average American Joe!

By upping the debt ceiling, the inevitable only has been postponed. The US has been spending too much and beyond its capabilities and hence this terrible debt crisis. A solution to the problem looks tough.

Anyway, as usual, my best wishes to my American friends and the people of the USA who have been taken for a ride for a long time by the politician-corporate nexus, greed being the key destructive word!!

Onto to a different subject, the theatre of war has always been outside the periphery for Americans, agreed. Except the events of 9/11 terrorist attacks if that can be called War. But having said that, it is unfortunate that by teaming with other ex-colonial powers and with their own imperial ambitions, the US establishment has continuously ignored the sovereign status of a nation by invading under false pretexts, thereby costing lives and money in huge amounts.

The monies that have been continuously borrowed for decades that again are directly linked to the massive debts, is sinking the US. Certainly the policies of American establishments have never been pro-people. Whether in the US or elsewhere.

The truth is that the politicians, Democrats or Republicans, have been pocketed by greedy corporations who in turn are the force behind the Military Industrial Complex that dictates the country's foreign policies. Simply said Republicans or the Democrats are two sides of a same coin!

Somewhat related to this topic is that the media never tells you that the majority of Americans live from pay-cheque to pay-cheque and on an average are minus 12,000 dollars! Their health-care is in bad shape and so is their education system, except for higher studies like post-graduation.

Another hurtful fact is that many people die in that country due to non-affordability of expensive medical procedures and also due to lack of health insurance which could be extremely expensive.

Does the big corporate owned media ever discuss these hateful facts of a society? Never! One has to read or follow independent media or some smaller sources to get this damning information of the true status of the society.

Current factual statistics in the US state that 64% of Americans do not have access to $1000 to meet with an emergency situation at home, if it were to arise! Add to this woe is the fact that the current unemployment rate in the US stands at a staggering 41.9% and NOT 9.1% as the corporate owned big media claims.

That means that plenty of corrections are needed to bring back to the land that created many the American Dream! Just a dream!!

Who or what one can do to make the much needed corrections could be a subject of another topic to ponder! In the meanwhile the American charade goes on unchecked!