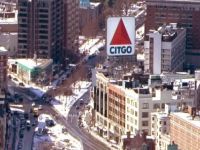 The annual report released by OPEC (Organization of Petroleum Exporting Countries) reported that Venezuela surpassed Saudi Arabia, and became the country with the largest proven oil reserves on the planet. The data on the South American country is based from last year, with 296.5 billion barrels of oil reserves (up 40% compared to 2009). Saudi Arabia, according to data from 2010, has 264.5 billion barrels, followed by Iran and Iraq, the third and fourth largest reserves, respectively.

Although the largest reserves are in Venezuela, the Saudis remain the leading producers of oil, with an extraction of more than eight million barrels per day. Venezuela, in turn, extracts 2.8 million barrels daily. Moreover, most of Iraq's oil is concentrated in the Orinoco Basin, which is more expensive and difficult to extract because it is heavy oil.

The organization of oil producing countries also recorded a growth of 12.1% in crude oil reserves for all of its members, totaling 1.193 trillion barrels (81.3% of proven world reserves).

Another member of OPEC on the mainland, Ecuador has more than seven billion barrels in reserves, an increase of 10% over the previous year. The report also cited Brazil and Mexico, with 12.8 billion barrels and 11.6 billion respectively, the non-OPEC members with the largest reserves in Latin America.