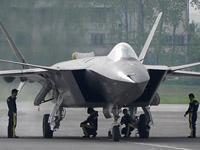 China is actively developing all kinds of military aviation. The other day the country has successfully tested a new type of bomber-missile PLA Navy, which carried out the successful launch of the new model of missiles H-6K (profoundly modernized version of the Soviet Tu-16). In the future we should expect the development of the strategic aviation of China.

China is also conducting the successful development of unmanned aerial vehicles (UAVs). In this regard, foreign military experts fear that in terms of the military industry   in the near future China will be able to catch up and eventually outrun the West. China does not intend to rely on foreign procurement because it puts it in danger of a great power dependence on foreign manufacturers.

At the Air Show in Zhuhai last year China demonstrated dozens of models of the UAV. The most unpleasant surprise of this exhibition, according to former Deputy Chief of Staff of the U.S. Air Force Intelligence David Deptuly, became the unit WJ-600, described as a delivery vehicle for targeting the ships of aircraft carrier groups. Its appearance resembles the American cruise missile Tomahawk.

On May 10 of this year, Beijing has demonstrated flight unmanned helicopter V750, capable of carrying 80 kilograms of payload on the flights over four hours and maximum speed of 161 kilometers per hour.

China bridged the gap with the West by copying foreign UAVs, and sometimes through the synthesis with subsequent introduction into production. According to foreign military experts, China does not shy away from the industrial espionage. This applies not only to American and Israeli, but also Russian UAVs that have been created, but for various reasons have not gone into production.

According to the American analyst Ron Stearns, this makes the cost of creating its own UAVs for China up to 2-2.5 times cheaper than for the U.S.

As expected, 2011 will be a milestone for China in terms of its aerospace industry. It prepares for commissioning its first aircraft carrier, and because of copying and implementing a production process of the Su-33 it already has its own deck aircraft.

However, there is more to it. The next step in the progress is creating its own space forces. A few months later China will launch into operation the first components of its space station. These, in particular, are the module Tiangong-1 and spaceship Shenzhou-8. It is expected that they will be launched into orbit by boosters Long March 2F. A full completion of the assembly of a large space station is planned for 2020.

Due to the achievements of the Chinese science and industry, the face of the military aviation in China is changing considerably. Until quite recently the Chinese Air Force had been considered the third in the world after the U.S. Air Force and Russia. Now there are talks that in the near future Russia would cede the second place to China.

So far China has been losing to the developed aviation powers in terms of military and technical progress. Despite the large number of combat aircraft, their quality leaves much to be desired. In most cases these were modifications of old Soviet aircraft. However, in the past three years, Beijing has made great progress in overcoming this problem.

The country has learned on the mistakes of some Arab dictators, who mostly relied on quantitative indicators, and reduced the size of its fleet through decommissioning older samples. Now the majority of fighter aircraft in the Air Force of China are the units of the third and fourth generations.

Earlier it was done through the introduction of production of foreign development and modernization. Currently, China is also finalizing a tactical bomber H-7. JH-7 (Jianhong-7) is meant to replace the Q-5 attack aircraft, which is in fact a remake of the Soviet MiG-19. JH-7 is markedly superior on a number of indicators.

American military experts name the lack of modern airborne early warning (AEW) and Electronic Warfare (EW) the weak point of China Air Force. They believe the aircraft EW Xian HD-6 (Hongzhaji Dian-6) made on the basis of Tu-16 as well as KJ-200 ("Kuntszin-200") and KJ-2000 (Kuntszin-2000) made on the basis of the Soviet command and control aircraft A-50 do not meet the challenges of time sufficiently.

However, the Chinese themselves are confident of the contrary. By their own estimation, avionics KJ-2000 and KJ-200 can significantly increase the detection of aerial targets, including low-altitude and stealth. In any case, as expected in the coming years, the Chinese Air Force will obtain new AWACS aircraft and electronic warfare. Progress has been made in terms of creating modern weapons and means of navigation.

In 1988, Israel handed China a set of technical documentation for the fighter LAVI. In the Chinese version, it looks like J-10 (Jian-10), whose fleet comprises over 120 units. According to a number of foreign experts, J-10 can compete with early versions of the Russian MiG-29 and Su-27, as well as existing Taiwanese American F-16 and French Mirage-2000.

Now, however, the bet is placed on the creation of their own products. A good example of this is the commenced testing of the fifth generation fighter J-20. The adoption of this machine is once again confirmed the claims of China on the role of a superpower to challenge the United States.

However, this day is still far away. While China has made a significant progress in developing their own military science and industrial bases, they remain weak, and are based on the foreign specimens (mostly Russian) obtained in various ways. However, nothing is impossible for a rapidly changing China. It may be able to outrun the US in 10-20 years.

Due to the restructuring of China's combat aircraft, combat missions are changing as well. If in the era of Mao the Chinese Air Force primarily focused on providing air defense tasks, now the goals are much larger and extend to strikes at remote land and sea targets outside China with precision weapons.

It is no secret that the strategy for resolution of territorial disputes with the neighbors would first threaten Taiwan, which China considers its territory. However, the Chinese government considers the likelihood of the American military intervention, therefore, recently it has been trying to achieve military advantage over the United States in the region.
It is interesting that the Chinese Air Force Flight Training Center has a specially created unit with the eloquent name "Aggressor."

It is impossible not to draw attention to the fact that the modernization of the Chinese military aircraft develops at a faster rate compared to other branches of the armed forces. This approach is due to the lessons of the recent conflicts and wars. Increasing its power, China is guided by the precepts of the great Sun Tzu. One of them says that there should be no reliance on the fact that the enemy does not attack, and in principle make it impossible to attack.