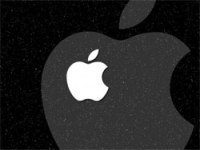 The US-based Apple was recognized as the most expensive brand in the world. According to the annual research conducted by Millward Brown, Apple managed to climb to the first place thanks to the experience gained while working with clients, attention to detail and an increased presence in the corporate environment, as well as advancing of the high quality products to the market.

According to Reuters, to date, the Apple brand is estimated at $153 billion, which represents nearly half of the market capitalization of the manufacturer of iPhone and iPad. BrandZ Company that identified the 100 most valuable brands in the world recorded the shift of the permanent leader of the last four years, Google, to the second place. Third on the list is IBM. The brand of the computer corporation International Business Machines Corp. was estimated at $100.8 billion

The social networking site Facebook also made the list with an estimated brand value of approximately $19.1 billion (35th place). Last year, Facebook has become the fastest growing brand in the world with an increase of 246%. Google's rival, Chinese search engine Baidu, followed the networking site Facebook in terms of the growth rate of brand value with 141% of growth and 29th place on the list with $22.6 billion.

The strengthening of the position of many companies was due to various reasons. Some international brands have increased their value due to the development in the fast growing markets such as China. Some of them were highly valued precisely because they are located in the developing countries, as the owner of the rating Millward Brown Optimor is focused on the size of the customer base rather than the international nature of the brands and companies. Apple, analysts say, has continued to show growth thanks to its visionary leader and new products that were well advertised prior to their release.

This year's list includes mainly the most expensive American brands. China is represented by 12 names (a year ago there were only seven companies from China on the list). The first hundred of the most valuable brands this year includes 11 newcomers. One of them is the Savings Bank of Russia (99th), which is estimated at $8.5 billion, Forbes emphasized.

Russian mobile phone operator MTS has also made the list this year (80th place). The value of MTS brand, according to the estimates of Millward Brown Optimor, in the past year has increased by 12%. Russian mobile operator Beeline that last year held the 92th place with $8.16 billion did not make it to the current ranking, Lenta.ru reports.

This year's rating is the sixth annual rating of the world's most expensive brands compiled by Millward Brown Optimor. For the current rating the threshold for entry into the list was $8.439 billion, the value of Goldman Sachs bank that ranked 100th.