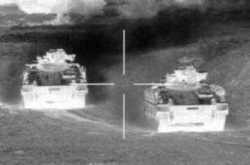 The federal program to modernize the national defense complex is going to be approved in the Russian Federation during the upcoming months. The financial side of the question has not been exposed yet. It transpired, though, that Russia would spend 20 trillion rubles to rearm the national army and navy.

Vice Prime Minister Sergei Ivanov stated that the government is aware of the funding, which the program requires. Reportedly, the funding of the defense industry is to be increased already this year.

The President of the Union of Defense Enterprises Sergei Maksin stated at the annual meeting of the union in Ekaterinburg that investments in the modernization of regional (Sverdlovsk region) defense enterprises would be increased to 57 billion rubles vs. 16.6 billion in 2010.

Thus, the size of the investment program in 2011 may exceed last year's program 3.4 times, Interfax reports.

In spite of the massive plans to rearm the army, new contracts for 2011 with enterprises of the defense industry have not been signed yet. Moreover, the prices of the new contracts are said to be left on the level of 2009.

In 2011-2020, the Defense Ministry of Russia plans to spend 19 trillion rubles on the implementation of the state arms program. The funds will be used to increase the share of new arms and defense hardware in the army from the current 10 percent to 70 percent. Hundreds of surface and underwater vessels are going to be purchased, including 20 non-strategic submarines, eight strategic nuclear-powered 955 Borei class submarines, 600 aircraft, thousands of helicopters, 56 divisions of S-400 air defense systems, ten divisions of S-500 complexes, ten brigades of Iskander missile systems, etc.

Russia will also be working on the programs to develop new types of arms, including the liquid fuel intercontinental ballistic missile.

These are very serious plans, but is the Russian defense complex ready to pursue and execute these goals? Apparently, the federal program to modernize the army is supposed to take the potential of the defense complex to the necessary level.

Establishing control over the enormous amount of money is another huge problem. The defense ministry is going to establish a special department for determining the prices for defense products.

On March 19, 2010, Russian President Dmitry Medvedev signed the document about state policies in the field of development of the national defense complex up until 2020. According to the plan, 1,729 programs of the defense complex are to be involved in the program.