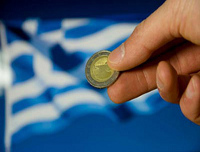 France and Germany are preparing to submit a joint plan of economic governance in the Eurozone. This is expected to happen this Friday at the next EU summit in Brussels, but will be discussed in an informal setting. The so-called pact of competitiveness suggests the introduction of a single currency policy among the countries of the union.

The information was reported by the British newspaper Financial Times citing a senior source in Berlin. Originally the idea was to reinforce the French concept of a coherent policy in the Eurozone, rather than across the EU.

Now the proponents do not mind joining the pact of the EU countries that have their own national currencies, and Germany, according to media reports, would have to make some major concessions.

What these concessions will be is unclear now because the key points of this plan have not been made public yet. It is not ruled out that we are talking about allocation of the additional funds by Germany. In order to prevent possible defaults in the past year, the European Fund for the financial stability has been created with 750 billion Euros.

According to all the calculations, these funds will not be sufficient, but the German leadership views all proposals to provide additional means for the stabilization fund with hostility. Berlin is now concerned with the program that will allow Germany to get rid of its own structural deficiencies. What kind of dividends will make Berlin fork out for their EU partners?

It was proposed to transfer previously sovereign decisions of the EU countries in the field of economic and social policies to the competency of the center. The supporters of this position are guided by the following logic: the problem of the Euro does exist, but it is caused not by the weakness of the currency but the debt crises of the individual members of the Eurozone countries.

The artillery preparation is already underway, and it makes sense to see what exactly the parties concerned are targeting. In particular, the German foreign minister Guido Westerwelle proposed legislation to limit the maximum size of the national debt for the countries using the single European currency.

Westerwelle insisted on sanctions against members of the Eurozone that violate standards for the level of public debt, budget deficits and inflationary indicators. He believes that universalization of pension legislation is another important measure.

Some steps towards the reduction of the sovereign economic freedoms of the EU's leaders have been made in September of last year, when an agreement was reached on the "European semester", that is, the approval by Brussels of the draft budgets of the countries members of the Union.

In all likelihood, some common fiscal mechanisms will be identified in order to eliminate tax damping.

The Brussels bureaucracy is a natural ally of making this plan the reality. European nomenclature is ready to assume control over the implementation of this pact provided there is an agreement on key points.

However, are Paris and Berlin ready to give control levers for the economic policy to the European Commission or is this a new informal division of Europe between the most powerful economic players in the region?

The situation becomes particularly interesting when you consider the fact that apart from France, Germany and habitually distant London (which opposes Paris, insisting on the need for macro-economic deregulation in the EU), European economic affairs have one more player. This player is China that buys debt securities of the distressed Eurozone countries - Greece, Spain, and Portugal, as well as technology and physical assets. The main buyer of the debt is the European Central Bank.